This is a video, showing the surroundings of the Posthuys in the middle of Vlieland island, from the air.

We went to the Kroon’s polders nature reserve, not far from the Posthuys.

There is a bird ringing station there, from August till November.

We lucky as we arrived there: this yellow-browed warbler had just been ringed. Yellow-browed warblers are usually rare in the Netherlands; but less so in this year’s autumn migration season. The individual on the photo was #29 of the year 2015 on Vlieland, more than usually. After this photo was taken, the small songbird was freed to continue its journey.

Also on Ameland island, recently more yellow-browed warblers than usually have been ringed. There, in 2014 a tree sparrow was caught which was at least sixteen years old. 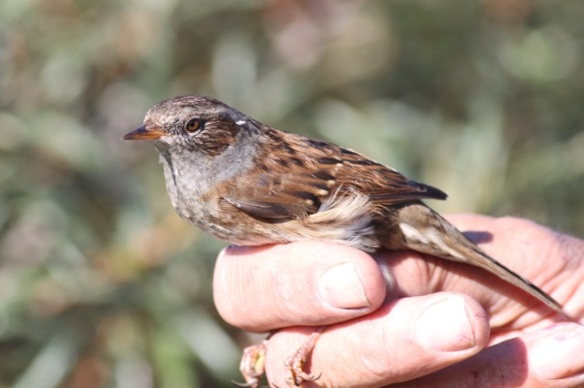 After our Vlieland yellow-browed warbler came a dunnock: the third specimen of the day.

We walked to the south side of the Kroon’s polders. European searocket flowers.

In the Wadden Sea salt marshes south of the Kroon’s polders, many shelducks and brent geese. 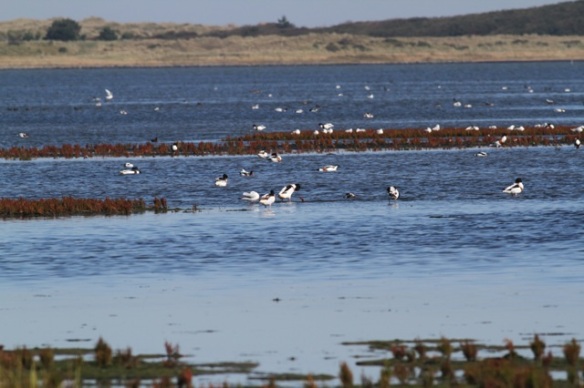 As we continued to the east side of the polders, a red admiral butterfly flying. 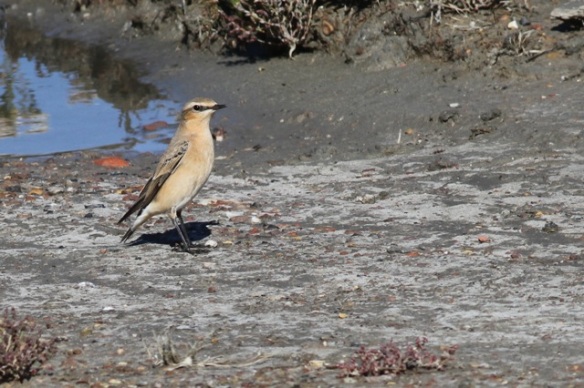 A northern wheatear near a puddle, for drinking during its autumn migration. 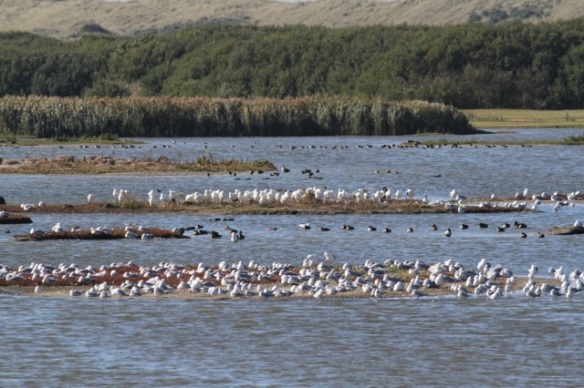 Many gulls. Behind them, scores of spoonbills, gathering for the journey to Africa.

As we arrived back at the Posthuys, a barn swallow: on its long way south as well.

This video is about a bittern on Vlieland island, on 13 June 2015. This species nests regularly in the Kroon’s polders.

Plan for bird hide at Kroon’s polders: here. And here.

8 thoughts on “Yellow-browed warbler and spoonbills on Vlieland”