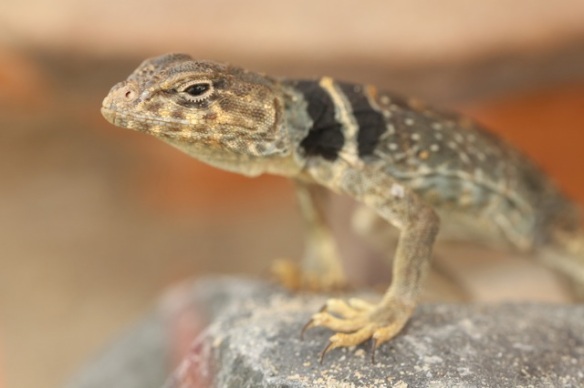 This photo shows an eastern collared lizard, a species originally from North America. We saw this individual on 7 September 2015, at the big AquaHortus exhibition of aquariums and terrariums. Again, all photos in this blog post are macro lens photos.

There were quite some frogs in the terrariums in the botanical garden entrance building, including Dendrobates tinctorius, and Lepidobatrachus laevis. 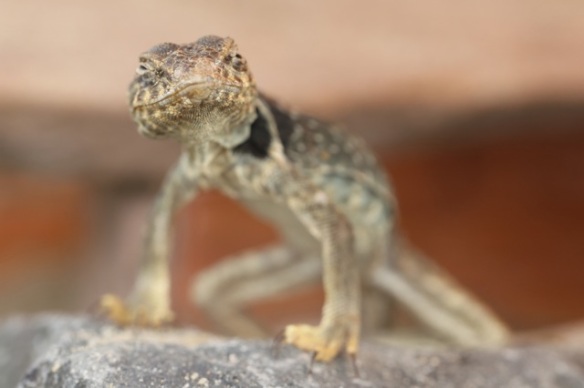 One story higher was a terrarium with three eastern collared lizards.

And a terrarium with a central bearded dragon from Australia. 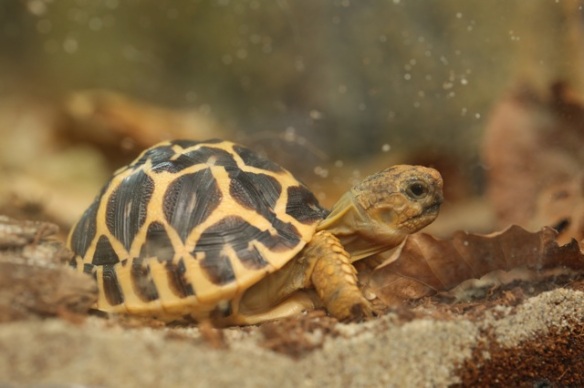 We continued to a hothouse. Near the entrance, a terrarium with this young Indian star tortoise.

Also in this hothouse, colourful amphibians. Including oriental fire-bellied toad.

And spot-legged poison frog. Not far from a panther chameleon terrarium. 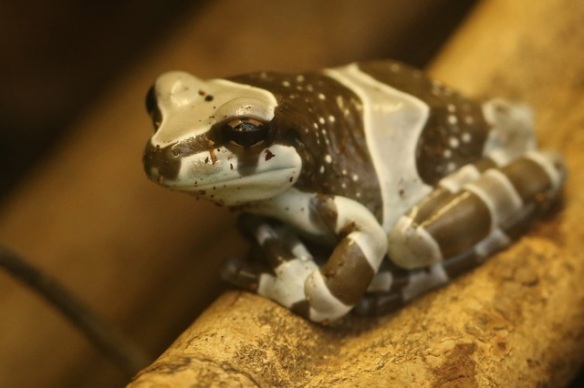 Also, a terrarium with some Mission golden-eyed tree frogs.

The Dutch Orchid Society had a terrarium of its own at the exhibition. 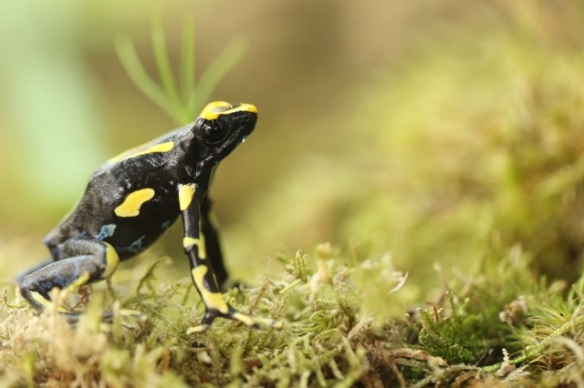 It contained not only various orchid species, but also a few poison dart frogs, like this one.

Stay tuned, as there will be another blog post, about botanical garden plants.

3 thoughts on “Reptiles and amphibians in the botanical garden”