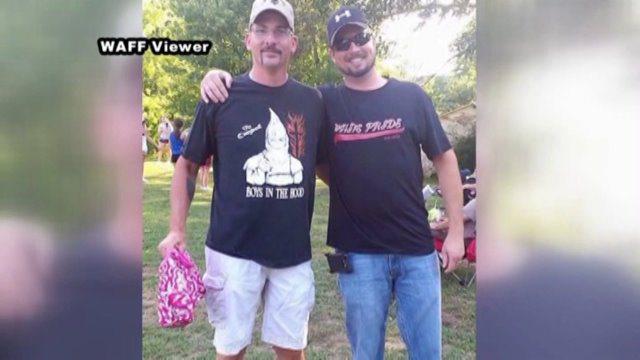 By Justin Block in the USA:

An Alabama cheerleading squad has lost two of its coaches after a pair of racist T-shirts appeared at an August practice.

“We have zero tolerance for any kind of discriminatory apparel or anything,” said Jones to WAFF.

Jones responded to the incident by contacting McCracken and banning him from wearing racially inflammatory shirts to cheer practice — something that shouldn’t really have to be said — but nonetheless, it was Tipton who was ultimately punished, not McCracken.

According to WAFF, the next time Tipton showed up at practice, Boaz’s cheerleading vice president and Brian’s wife, Melynnda McCracken, asked her to not come back.

“I’m just disgusted because I feel like I didn’t do anything wrong besides make a complaint that should have been kept private to begin with,” Tipton said. “I asked why and she could not give me any reason.”

Both Brian and Melynnda have since resigned, reports WAFF, but the Tipton family iterated that the damage has already been done — not to the parents, who completely fumbled the situation, but to the kids, who had to witness this racially-inflamed drama first-hand.

“It’s hard for a biracial child that is 4 and 5 to understand what racism is,” Kayleigh’s husband, Cody Tipton, said. “It just outrages me and a lot of other parents but no one will stand up to it because of the consequences their children will get.”