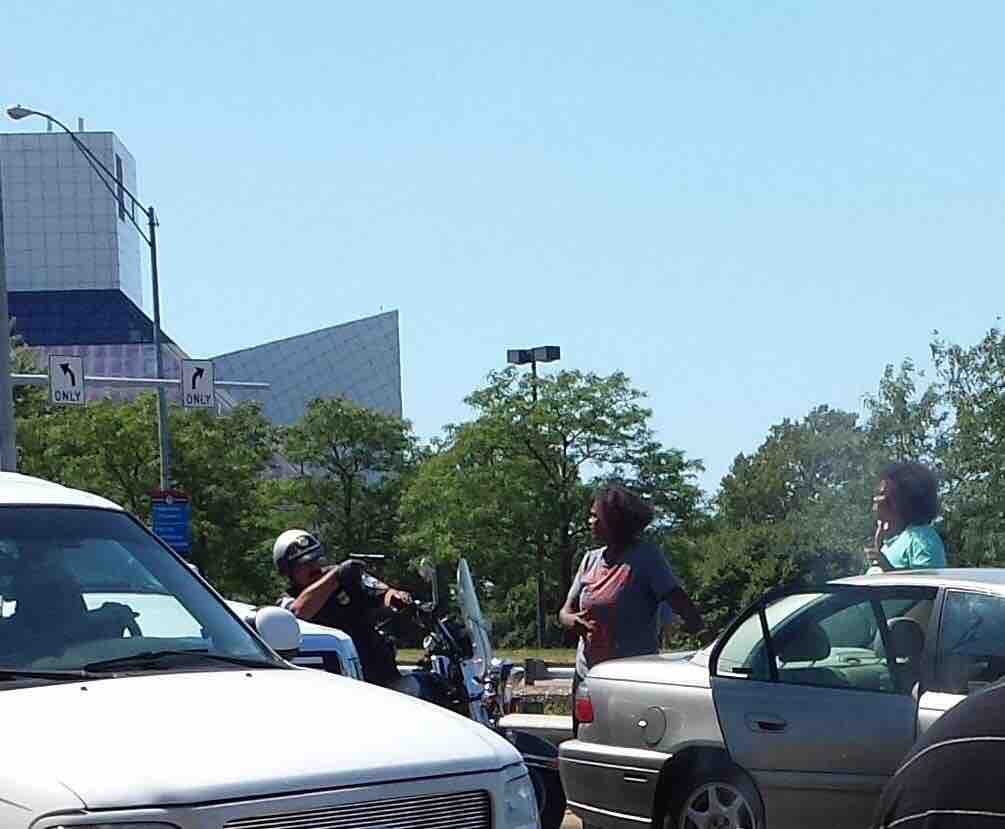 From Countercurrent News in the USA:

The Cleveland Police can’t seem to stay out of the news lately. Now, after a “rough year” from the Tamir Rice fall out, and the Officer Brelo trial, the department is catching heat for a photo that went viral over the weekend.

That image clearly showed a Cleveland police officer drawing his weapon and aiming it at two African American women. The women were completely unarmed and non-aggressive. They were at the scene of a hit and run traffic accident, according to a spokesperson for the Cleveland Police Department, who responded to this image on Monday.

The image first hit the Internet on Sunday, when it was posted to Reddit.

The image was shared via a photo from the Imgur service and has now been viewed million of times.

The picture shows the Cleveland officer on a motorcycle, ducking behind the vehicle and aiming his pistol at the two women. Both women seem surprised and shocked that the officer would be aiming a weapon at them, when they clearly had done nothing to warrant such violent aggression.