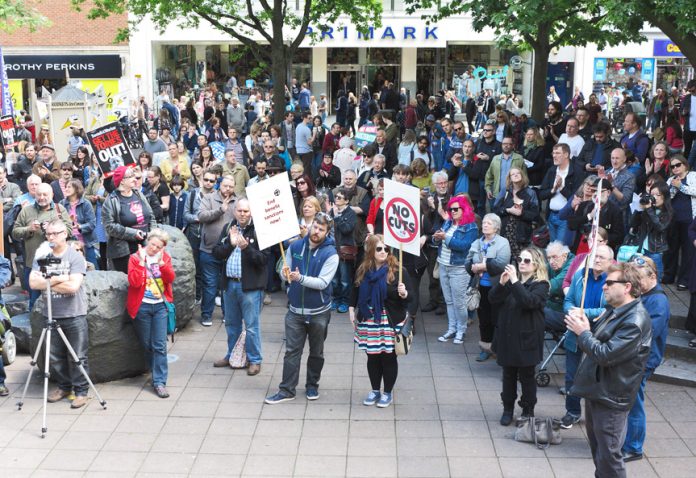 THE National Deaf Children’s Society (NDCS) is urging the government to halt the rollout of Personal Independence Payment (PIP – which replaces Disability Living Allowance) until deaf young people have a fair chance to successfully claim the benefit.

In an attempt to highlight how the current claim process for PIP discriminates against deaf young people, the charity has launched its ‘PIP’d Off’ campaign, demanding that the government immediately improve all aspects of the process, from the initial application to the individual assessment and final decisions being made.

NDCS is concerned that the claim process strips young deaf people of their independence and makes them feel disempowered by requiring them to request an application by phone, leaving many resorting to asking someone to call on their behalf.

Alternative options, such as emailing to request a form or an online system are simply not available.

Despite trialling a process where deaf claimants can email the Department for Work and Pensions (DWP) to ask for a paper claim form and developing a digital claim process, the government has failed to ensure that this process was effective before PIP was rolled out.

In addition, deaf young people have reported a lack of deaf awareness from staff during their assessments. In one case, communication support was not provided at an assessment despite a request being granted, but the meeting was expected to go ahead regardless.

Others have experienced being refused PIP, only to receive a full apology and their application accepted, once they decided to take legal action.

Twenty-four-year-old James Davies, an engineer from Surrey, has permanent bilateral hearing loss and has really struggled with the process of applying and qualifying for PIP.

James says: ‘The first problem I came across was pretty obvious, having to use the telephone.

‘So I thought I’d look for an email address, since this is the internet age and surely they would have one. After extensive searching it was clear there was no email listed to request an application form. I then decided to ask someone to call on my behalf but even that was stressful, due to them asking repeatedly to talk to me, despite being told I was deaf and could not hear on the phone.’

Also commenting on the need for the PIP application process to be overhauled, National Deaf Children’s Society CEO, Susan Daniels said: ‘It is appalling that every aspect of the claim process for PIP is not accessible to deaf young people, despite it being a benefit designed to help people with a disability.

‘The government needs to urgently review and improve all aspects of the claim process and stop making deaf young people try to hurdle their way over barriers that should not be there in the first place. Our “PIP’d Off” campaign aims to shine a light on the seriousness of this issue and ease the burden on deaf young people, who rely on the financial support that PIP provides.’