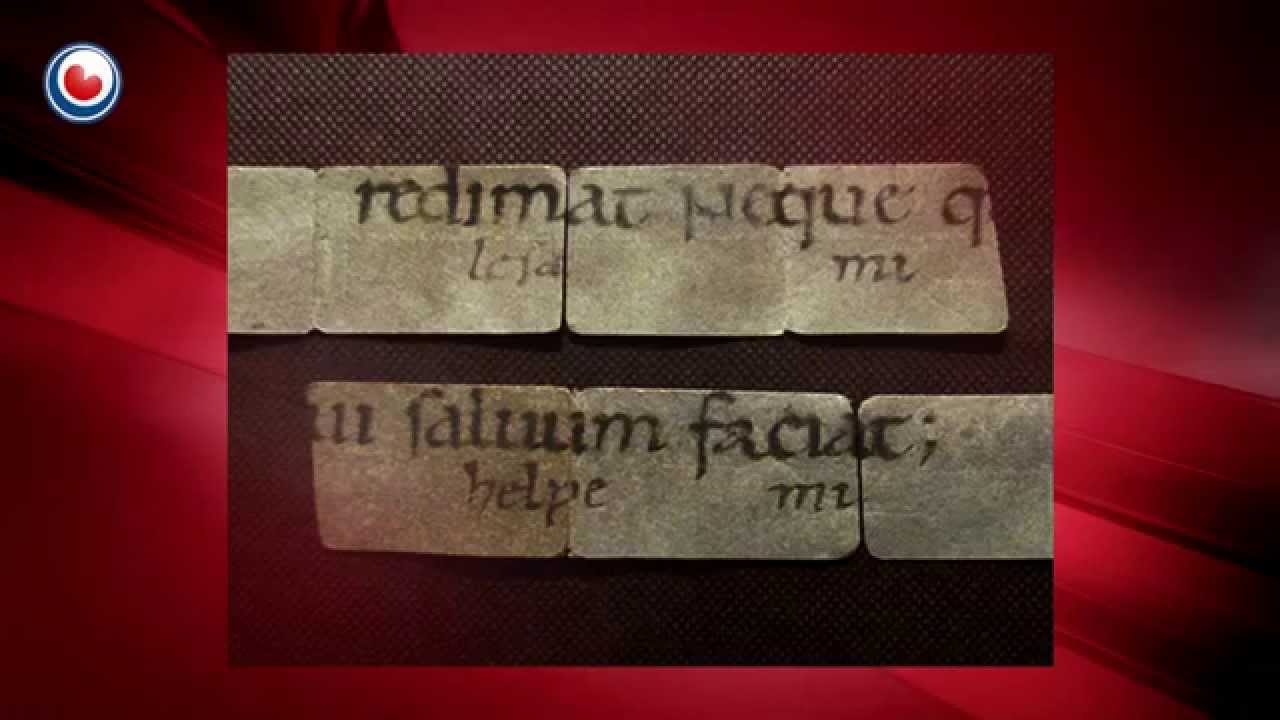 Translated from the Leeuwarder Courant daily in Friesland province in the Netherlands:

Leeuwarden – On a few scraps of parchment, almost 900 years old, notes in Frisian have been found. Linguists have never seen before such old written Frisian.

‘Lesa mi’ [Save me] ,’helpe mi’ [Help me] is written in neat letters under a Latin text. Was here perhaps a Frisian youth at work who wanted to become a priest? The words are a translation from the Latin. From the shape of the letters experts can deduct that the text must have been written between 1100 and 1125.

,,It’s a great find”, said former Frisian language researcher Han Nijdam of the Fryske Akademy. ,,So far we had only written Frisian from the thirteenth century and now suddenly we go back a century in time. We already suspected that Old Frisian had already been written then, but now we really have it.”