This photo shows a male azure damselfly (let us hope my identification is correct; there are several blue and black damselfly species, looking very similar). On 5 June 2015, on a reed stem on the bank of a pond in Gooilust nature reserve.

Near the bank of the Gooilust pond, this raft spider. Not so big for this species, so probably a male. There were lots of algae in the pond. I hope the water will stay clean enough for this spider and other species. 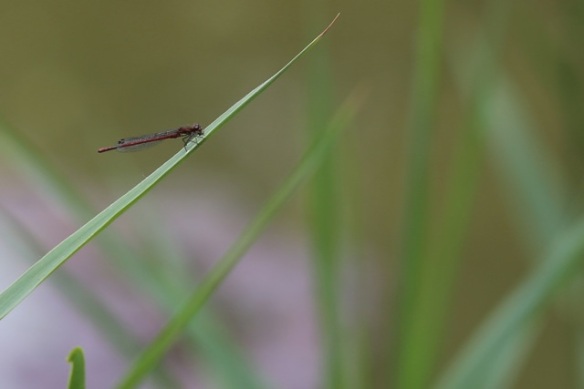 There were other damselfly species at the pond too. Like this female large red damselfly.

Near the exit of Gooilust, two young robins on a woodpile. They did not have red breasts yet.

A bit further on the path, a song thrush.