This February 2015 music video is by B3/Henk & de Halve Liters from Purmerend town, in the Netherlands.

The subject of the song is an Eurasian eagle owl. Originally a captive bird, it escaped to Purmerend. As it used to think of humans as beings feeding it, it often flew towards them. This scared many people.

The eagle owl became a subject in national and international media.

After Eurasian eagle owl-inspired cookies and cakes at a bakery in Purmerend, BirdLife in the Netherlands made eagle owl umbrellas for sale.

Henry Blekemolen, singer of B3/Henk & de Halve Liters promised that if his eagle owl song would be listened to over 10,000 times at SoundCloud and YouTube, then he would have an eagle owl tattoo on his leg.

Many people listened to the song, so now Henry Blekemolen has this tattoo. 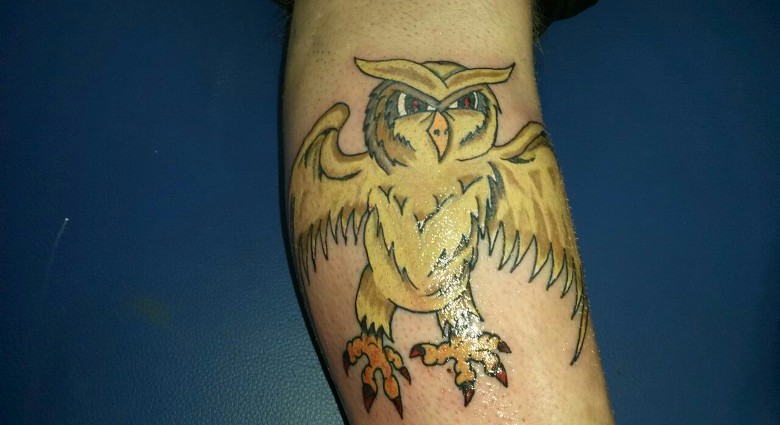 Meanwhile, another Purmerend man has another eagle owl tattoo.