From Associated Press in Frankfurt, Germany:

The woman clambered on top of a podium where the ECB president, Mario Draghi, was delivering his opening speech after the bank’s latest policy meeting, and threw papers at officials.

Some activists accuse the bank of trying to enforce budget austerity measures on eurozone countries, such as Greece, that are under financial bailout programmes.

Draghi reappeared on stage a few minutes later and carried on with his speech. 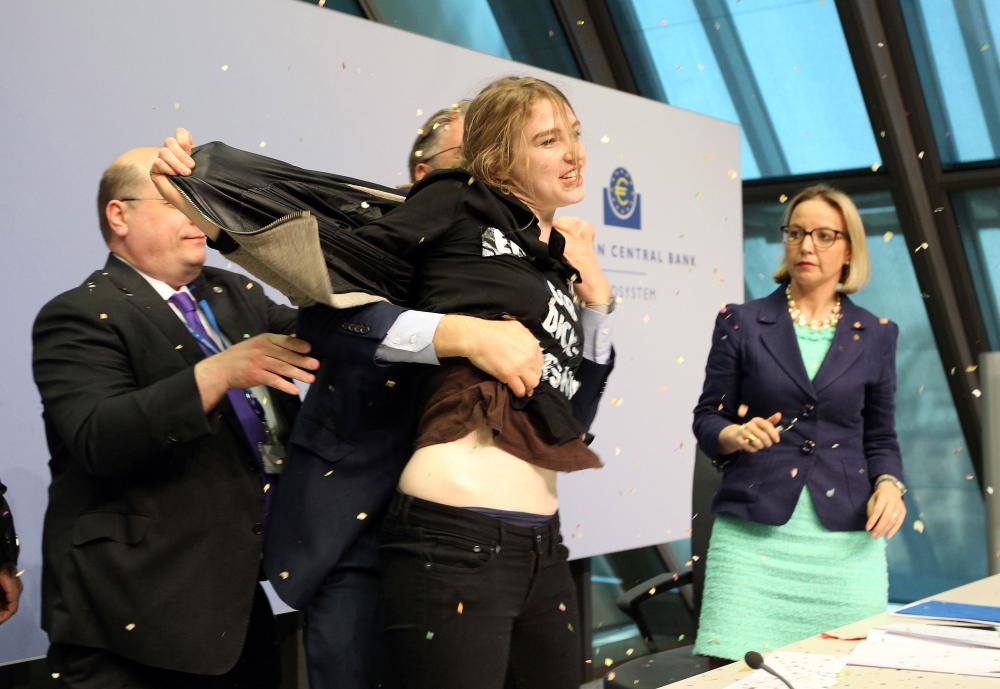