We went by bus from Oulu to Kuusamo in north-east Finland.

Sometimes, people see a northern hawk owl along that road; or a reindeer; but we did not. Only pictures of reindeer on traffic warning signs.

We had left Oulu to the sound of house sparrows.

A hooded crow flies past. Magpies on the roadside.

As we get further to the east, some trees still have snow on their branches. In Oulu, near the sea, that snow had fallen off already.

We arrive in Kuusamo. A walk around the town center shows mountain hare tracks in the snow.

A mealy redpoll feeding on catkins in an alder tree; similarly to its smaller lesser redpoll relatives on birch catkins more to the south.

Then, we see a male and a female pine grosbeak. 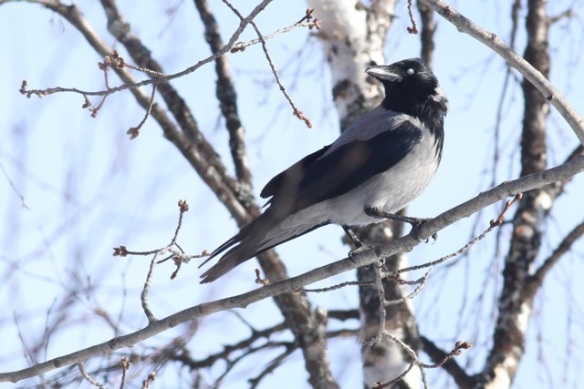 A bit further along the road, a hooded crow on a birch tree.

Then, we depart to Ruka village, some thirty kilometer away.

Not so far away from the village, a Bohemian waxwing in a small tree. 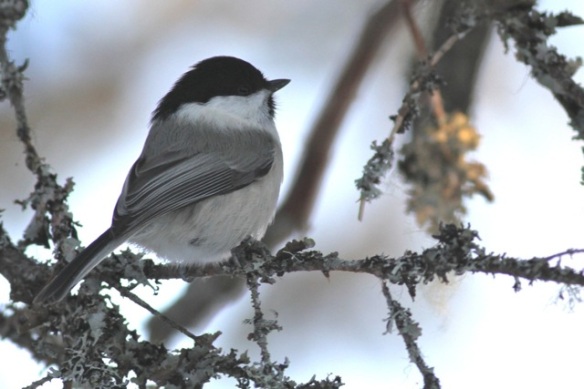 And this willow tit.

30 thoughts on “Pine grosbeaks and Siberian jays in northern Finland”