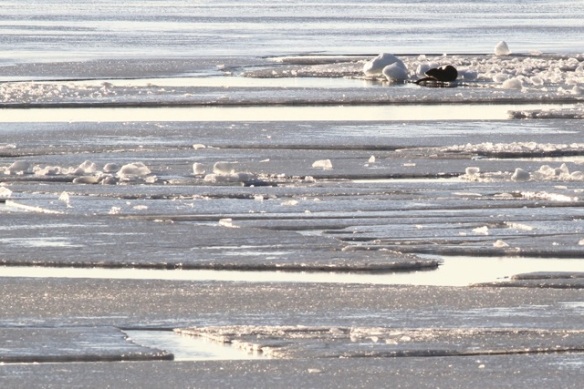 After the ringing of the waxwings, we were still in Oulu, northern Finland, on 11 March 2015. We went to the harbour: much ice, but not totally frozen. Then, in the distance, we saw an otter between the ice floes.

A Finnish naturalist said this was the first otter he had seen since two years ago.

Every now and then, the otter dived, and then re-appeared.

Just before dusk, at 17:30 we had gone to a road with coniferous and birch trees on both sides.

Then, we saw this Eurasian pygmy owl. It flew from tree to tree, preferring tops.

Stay tuned, as 11 March was our first full day, not our last day, in Finland!

19 thoughts on “Otter and pygmy owl in Finland”