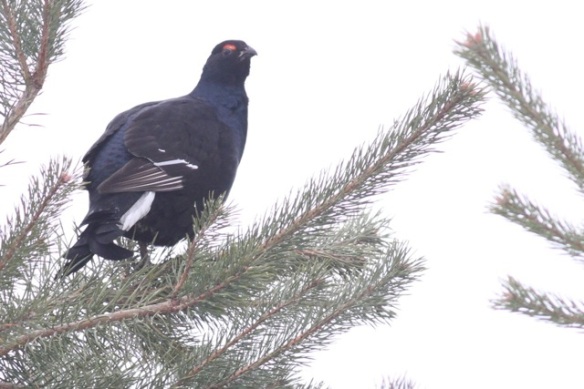 After our arrival in Oulu, northern Finland, on 10 March 2015, on 11 March we saw this beautiful male black grouse, sitting on a coniferous tree.

After walking through deep snow not so far from Oulu, we had arrived at a hide.

There, it turned out that the black grouse mating season had started. The male on the tree (sometimes on a side branch like on the photo, mainly on the top, sometimes flying to a different tree) kept calling. He would like to see females coming. However, in this part of Finland, they start arriving at the leks in April.

Another bird sound: a hooded crow.

Every now and then, ‘our’ male grouse fed on the coniferous tree. This species eats various kinds of food.

Then, the calling did attract another black grouse. Not a female: another male. 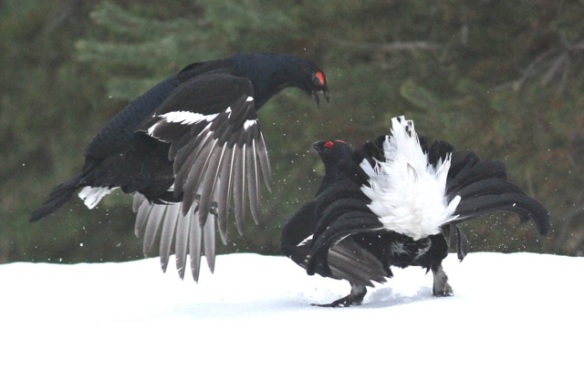 They went down to the snowy ground to fight. Soon, one of the two birds flew away.

After some time, we could still hear the lone black grouse, but did not see it any more.

As we left: a great spotted woodpecker.