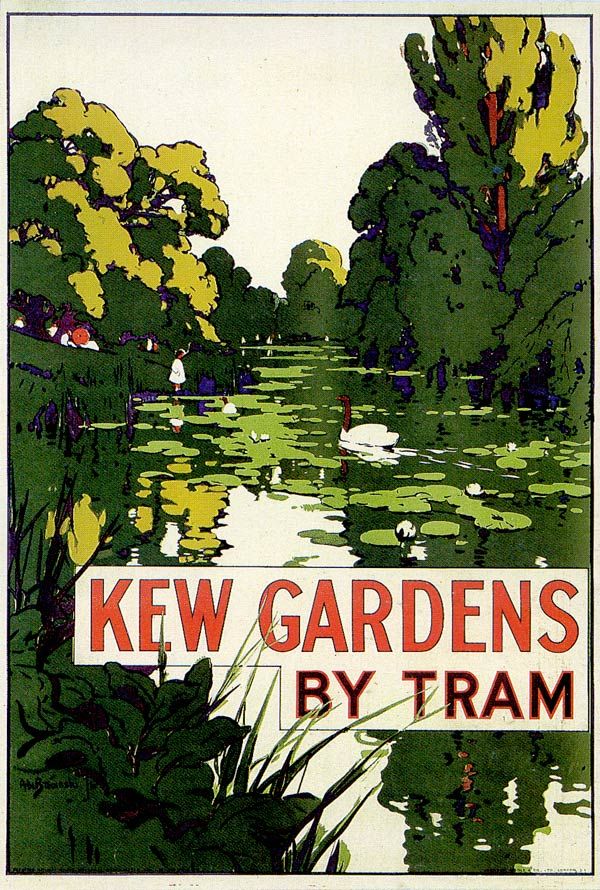 By Michal Boncza in England:

This remarkable exhibition, featuring work by women poster designers for London Underground, celebrates the extraordinary visual contribution they have made to public art over 100 years.

The array of distinctive styles on show is astonishing, starting with Ella Coates’s delightful autumnal watercolour Kew Gardens by Tram from 1910 and the seasonal theme is continued in Summer Joy by [Laura] Knight — the first woman ever to be elected to the Royal Academy — in which vigorous charcoal strokes outline the figures of women and girls on a shore of a boating lake with the splashes of contrasting colours completing a seductive, relaxing landscape.

Particularly striking, and still contemporary in its satirical target, is Amrid Banniza Johnston’s Regents Park Zoo in which the upper strata — judges, churchmen, bankers, stockbrokers and public-school boys — are caged behind bars while animals and kids maraud happily.

The prolific Herry Perry’s Country Joys From Morden Station is full of amusing and inviting detail and her The Empire Under One Roof tells us exactly what is being “extracted” from the colonies.

It’s an exhibition jammed with treasures but my one criticism is that it’s housed in the museum’s jammed mezzanine, where the through traffic of visitors make it impossible to linger and admire what’s on display.