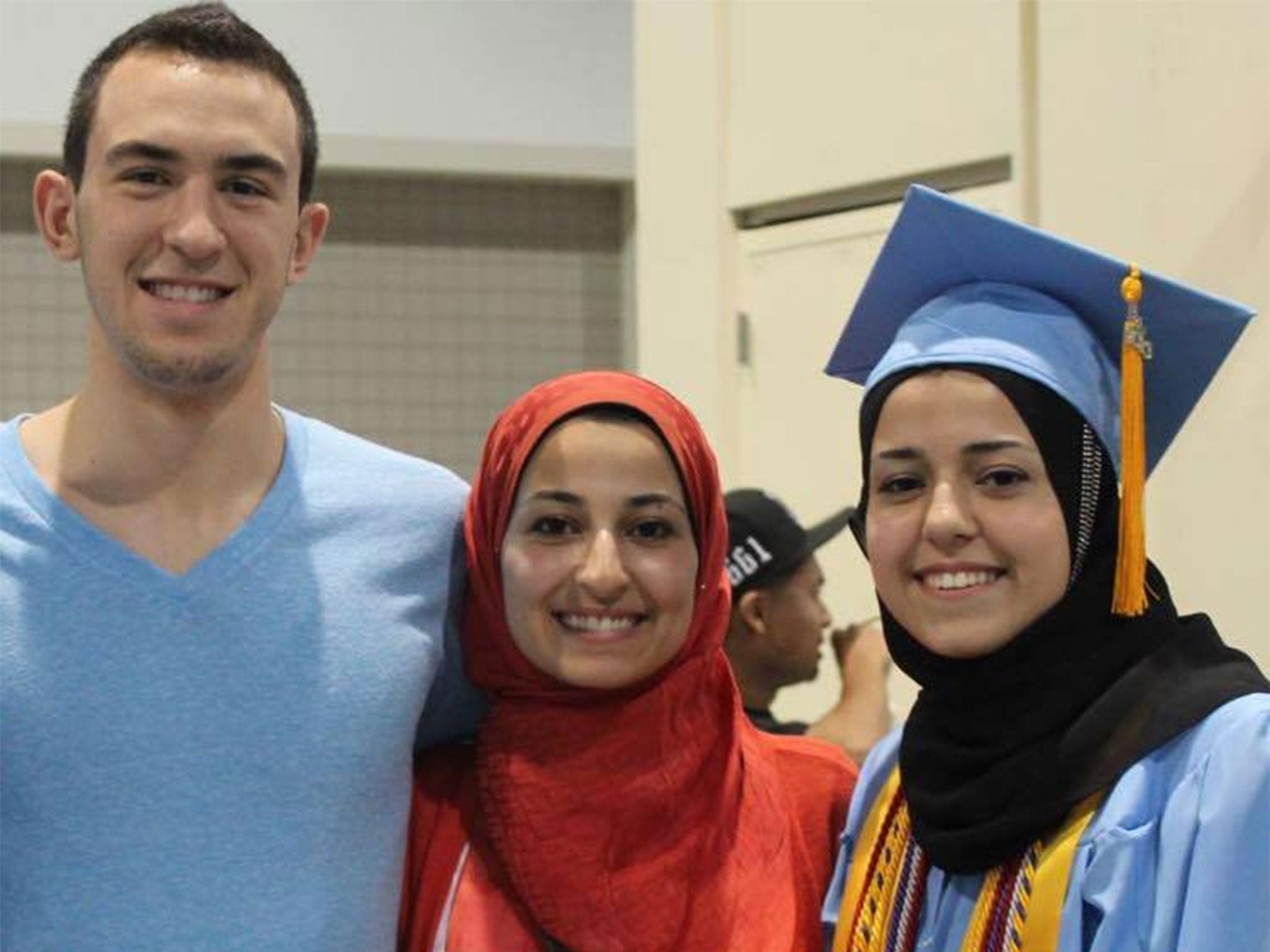 By Michelle Goldberg in the USA:

Yesterday, an outspoken white atheist murdered three Muslim students in Chapel Hill, North Carolina. We don’t yet know for sure whether this was a hate crime or whether the killer, Craig Stephen Hicks, had some other motivation; police have said the crime may have grown out of a dispute over parking. We do know that had Hicks been a Muslim and his victims atheists, few would be waiting for all the facts to come in before declaring him a terrorist. We know that there would be the usual calls for other Muslims to condemn the killings, coupled with the usual failure to take note of the many Muslims who did. And we know that demands for Bill Maher and Richard Dawkins to distance themselves from Hicks are largely facetious, because no one really blames them. Violence perpetrated by Muslims is almost always seen as part of a global conspiracy, whereas white men like Hicks are usually seen as isolated psychopaths.

There is, of course, some truth there. An organized jihadist movement exists; an organized cadre of terroristic atheists does not. Yet in the United States, Islamophobia has been a consistent motivator of violence.

Here, Ms Goldberg should have mentioned that most Islamophobia, and Islamophobic violence, in the USA is not by atheists (if it is, it is by strangely ‘selective’ atheists), but by extreme right Christians (who should not be conflated with Christians in general). There is indeed no ‘organized cadre of terroristic atheists’ in the USA; but there are organized extreme right Christian terrorists (‘Christian Identity‘, ‘Hutaree‘, ‘Army of God‘, Ku Klux Klan).

Hicks’ killing of Yusor Mohammad, her husband, Deah Shaddy Barakat, and her sister, Razan Mohammad Abu-Salha, should not be treated like a man-bites-dog story, a reversal of the usual pattern of terrorism. After all, Muslims in the United States are more often the victims of ideological violence than the perpetrators of it.

According to the latest FBI statistics, there were more than 160 anti-Muslim hate crimes in 2013. Mosques and Islamic centers have been firebombed and vandalized; seven mosques were attacked during Ramadan alone in 2012. Several Muslims, or people thought to be Muslim, have been murdered or viciously attacked. In 2010, a white college student and self-described patriot tried to slash the throat of Bangladeshi cab driver Ahmed Sharif. The white supremacist who slaughtered 6 people in a Sikh temple in 2012 may have thought he was targeting Muslims. So, apparently, did Erika Menendez, the … New Yorker who pushed a [Hindu] man named Sunando Sen in front of a subway train that same year.

In most cases, the perpetrators have been disaffected, disaffiliated losers rather than part of any movement, but they’ve picked up broader currents of hatred and conspiracy theorizing. (The same can be said of some lone-wolf Muslim terrorists like Man Haron Monis, the fraudster and criminal who took hostages in Sydney last year, or the Tsarnaev brothers, who bombed the Boston marathon in 2013.) We don’t yet know if Hicks was driven by lonely fanaticism, but if he was, he’s not as much of an anomaly as he might at first appear. Explicitly atheist violence is unusual, but Hicks still fits the profile of the most common type of American terrorist: a white man with a weapon and a grudge.

About one of the victims of this horrible crime, from British daily The Independent:

He regularly posted on Twitter, and wrote in January: “It’s so freaking sad to hear people saying we should ‘kill Jews’ or ‘kill Palestinians’. As if that’s going to solve anything.”

CHAPEL HILL — The father of two of three students shot to death in Chapel Hill on Tuesday says the shooting was a “hate crime” based on the Muslim identity of the victims: here.

OUTRAGE FOLLOWING CHAPEL HILL SHOOTINGS “A simmering dispute over parking may have provoked Tuesday’s triple homicide in a North Carolina college town, authorities said. But police in Chapel Hill said they had no inkling of the animosity among neighbors until the violence. Police have charged Craig Hicks, 46, with three counts of first-degree murder in the shootings of Muslim students Deah Shaddy Barakat, 23; Barakat’s wife, Yusor Abu-Salha, 21; and her sister, Razan Abu-Salha, 19.” Worldwide social media outrage has resulted in the viral hashtag, #MuslimLivesMatter, and prayer vigils are planned across the country. [HuffPost]