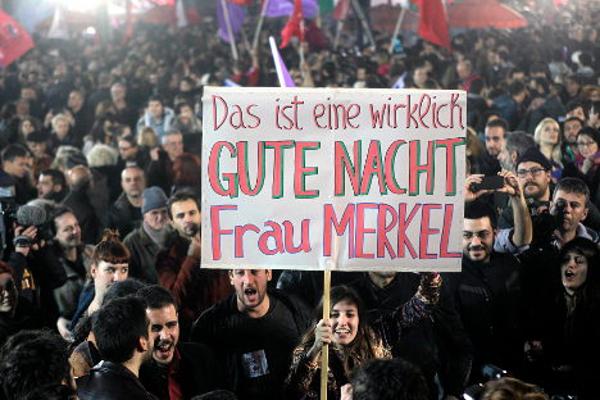 In this photo, the Greek election victors mock German chanchellor Angela Merkel. The sign, in German, says: This is really a good night, Frau Merkel.

From The Local in Germany today:

Mainstream politicians reacted sternly to Syriza’s election victory in Greece, while the European Central Bank (ECB) said it would not take a ‘haircut’ on Greek debts it holds.

Here are the results of the general election in Greece, according to the Greek Ministry of Interior; with 99,86% of the votes counted:

There are 300 seats in parliament. This means SYRIZA has one seat less than half of parliament. They will either have a minority government, or a coalition with another party.

Comments by daily The Guardian in Britain: here.