A new exhibit at the American Museum of Natural History features a 60-foot model of the dinosaur named Mamenchisaurus. The model reveals what we know and don’t know about these plant-eating giants.

Attempts to reconstruct the neutral neck posture of sauropod dinosaurs, or indeed any tetrapod, are doomed to failure when based only on the geometry of the bony cervical vertebrae. The thickness of the articular cartilage between the centra of adjacent vertebrae affects posture. It extends (raises) the neck by an amount roughly proportional to the thickness of the cartilage. It is possible to quantify the angle of extension at an intervertebral joint: it is roughly equal, in radians, to the cartilage thickness divided by the height of the zygapophyseal facets over the centre of rotation.

Applying this formula to published measurements of well-known sauropod specimens suggests that if the thickness of cartilage were equal to 4.5%, 10% or 18% of centrum length, the neutral pose of the Apatosaurus louisae holotype CM 3018 would be extended by an average of 5.5, 11.8 or 21.2 degrees, respectively, at each intervertebral joint. For the Diplodocus carnegii holotype CM 84, the corresponding angles of additional extension are even greater: 8.4, 18.6 or 33.3 degrees. The cartilaginous neutral postures (CNPs) calculated for 10% cartilage—the most reasonable estimate—appear outlandish. But it must be remembered that these would not have been the habitual life postures, because tetrapods habitually extend the base of their neck and flex the anterior part, yielding the distinctive S-curve most easily seen in birds.

The habitual posture of the necks of sauropod dinosaurs has been controversial ever since their body shape has been understood. Both elevated and more horizontal postures have been depicted, sometimes even in the same images—for example, Knight’s classic 1897 painting of Apatosaurus and Diplodocus (Fig. 1). See the introduction to Taylor & Wedel (2013) for a more comprehensive historical overview. 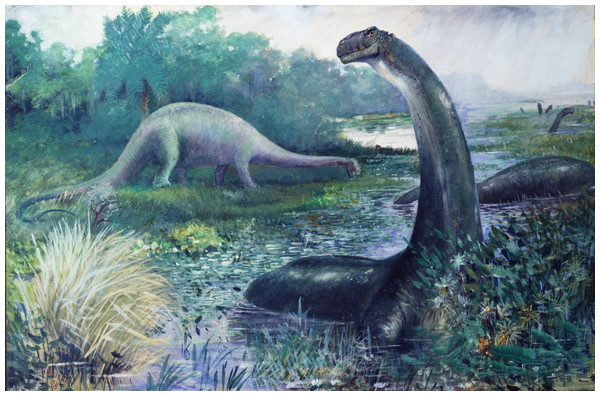 Figure 1: Charles R. Knight’s famous 1897 painting of sauropods, which were then considered amphibious.
In the foreground, Apatosaurus (“Brontosaurus” of his usage) wades in a lake, its neck erect. In the background, Diplodocus wanders on the shore, its neck held low and horizontal. These differences in posture may not represent different perceptions of the habitual behaviour of these different taxa, merely the postures these individuals happened to adopt at a particular moment.