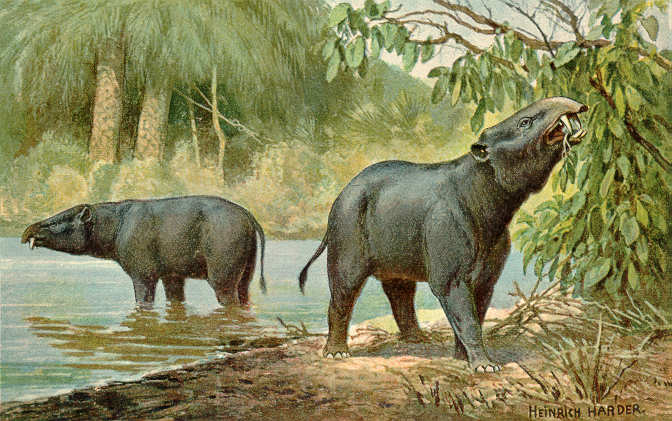 This picture, like the others in this blog post, is by German artist Heinrich Harder (1858-1935). It depicts Moeritherium, one of the earliest species, ancestral to present day elephants. 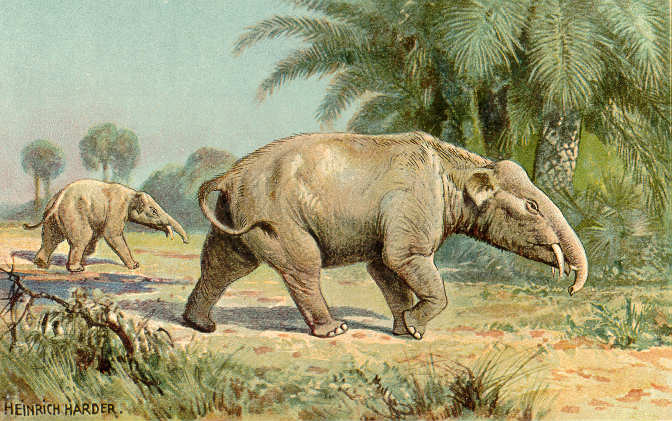 This picture shows Palaeomastodon, which lived later than Moeritherium: about 36 million years ago.

Before elephant evolution led to the woolly mammoths of about 100,000 years ago, ancestors of these mammoths lived in Africa. They were Mammuthus subplanifrons. Ever since the 1920s, only a few small fossils of this species had been found.

This video is a National Geographic Mammoth unearthed documentary.

Yesterday, in Amsterdam, the exhibition Giants of the Ice Age, on mammoths and similar animals, started.