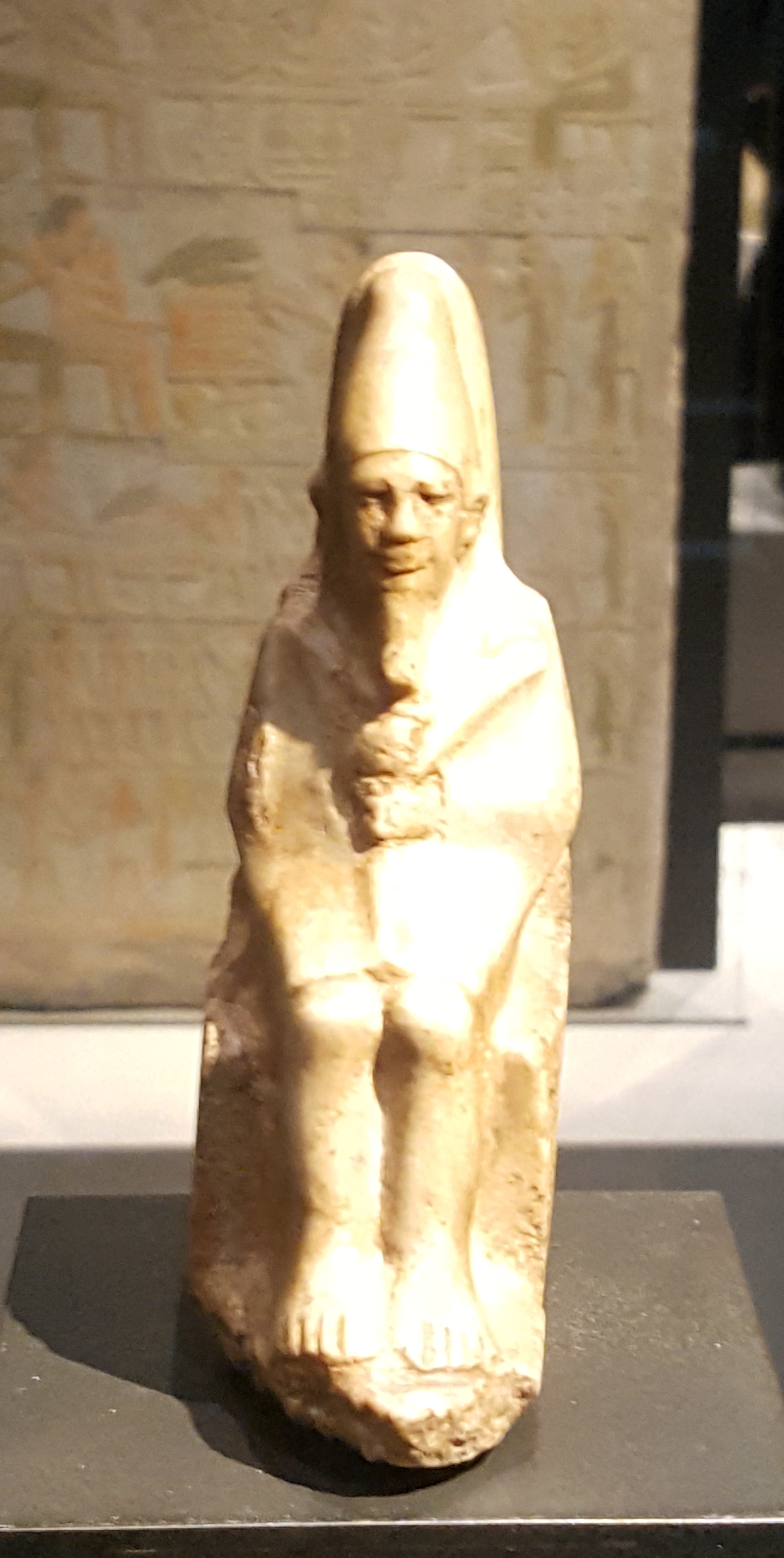 The National Museum of Antiquities has bought two ancient Egyptian pharaoh statues, including the oldest statue in the world with a pharaoh‘s name on it. It is a seated figure of pharaoh Ninetjer, one of the first kings of ancient Egypt (ca. 2785-2742 BC). The museum also bought a tomb statue of pharaoh Taharqa (690-664 BC.), one of the “black pharaohs” from Sudan.

Until the beginning of November 2014, you can see the pharaoh statues in a display in the entrance hall of the museum, next to the Egyptian temple. In 2016, they will get a prominent place in the by then renovated Egyptian department.

The Ninetjer statue is 13 centimeter high. The hieroglyph inscription on the statue says: ‘King of Upper and Lower Egypt, protected by the vulture and cobra, Ninetjer’. The cobra was the symbol of northern Egypt; the vulture of southern Egypt.

The Taharqa statue is 35 centimeter.