This music video from the Netherlands is the song De Zilvervloot. It is a nineteenth century song about seventeenth century Dutch admiral Piet Hein, who captured the treasure fleet with the silver being transported from South America to Spain in 1628.

The subject of the song is from the time when the Dutch Republic was at war to become independent from the Spanish monarchy. Fortunately, today Spain and the Netherlands don’t wage war against each other; they just play football. There is more chance of worsening conflict between Spain and Britain about Gibraltar; and between the Spanish monarchy plus political establishment and most Spanish people who want a choice between monarchy and republic in a referendum.

The Dutch-Spanish 1568-1648 war, the eighty years war, is remembered much more often in the Netherlands than in Spain.

One reason why quite some Spaniards still remember that war is famous seventeenth century painter Diego Velázquez.

The painting is known in English as The Surrender of Breda. Its subject is the conquest of the Dutch city Breda by Genoese-Spanish general Ambrogio Spinola, in 1625. Velázquez finished the painting in 1635. Two years later, in 1637, Breda was recaptured by the Dutch republic, and in 1648 it was finally ceded by Spain by the Treaty of Westphalia.

Back from war and painting to football and music. Spanish football teams, like teams in other countries, sometimes have musicians among their fans in stadiums. One of the songs they play is Valencia.

This music video is Valencia, by composer Padilla. Played in a concert hall; like the Dutch Zilvervloot song video, not on football bleachers.

In Valencia city there is also a well-known football club, with a bat in its coat of arms. 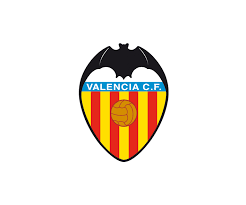 The city has also a bat in its coat of arms.

According to legend, the bat is in the coat of arms because a bat helped a medieval king of Aragon win a battle. Which reminds me of a Central American Mayan legend about the resplendent quetzal bird.

Which takes me back to Costa Rica; also one of the football teams present at the World Cup in Brazil.