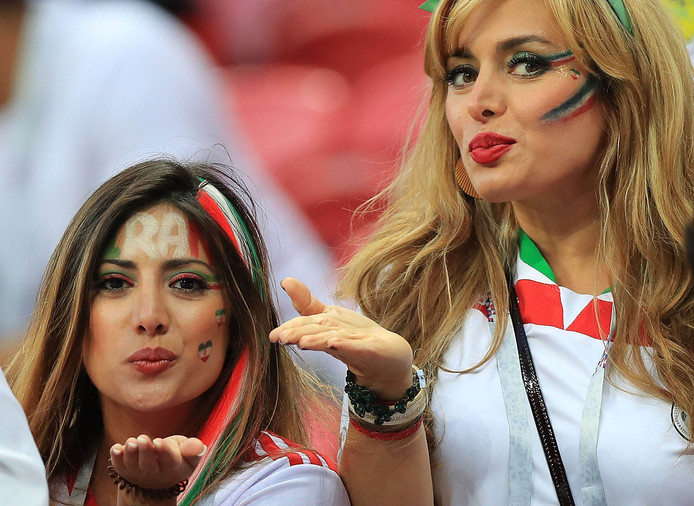 As many Iranian women as men here in Kazan for #IRNESP tonight. Women are banned from watching men’s games in Iran. Iran’s ‘concession’ tonight is to allow women into stadiums to watch big screen coverage #IRN @openStadiums pic.twitter.com/UqFNltVdez

Women not welcome at Spain vs. The Netherlands football match

That is the first match of the Dutch national team at the World Cup tournament in Brazil; on 13 June.

As a woman, you would like to watch with your husband the first match of the Dutch team [in Brazil]? That will not work in Veenendaal. At least, not if you were planning to see it in the big sports hall, local broadcasters RTV Utrecht report.

The organization of the event, the Christian ManUnited, has deliberately chosen to exclude women. ManUnited is exclusively for men. The organization was looking for an event where many men can get together. The World Cup matches are such a perfect opportunity.

A total of 1500 men can watch the game against Spain in the sports hall, on the big screen. The organization hopes that especially fathers with sons will attend the event.

I hope that many fathers and sons, along with women, will speak out against this sexism against mothers and daughters.