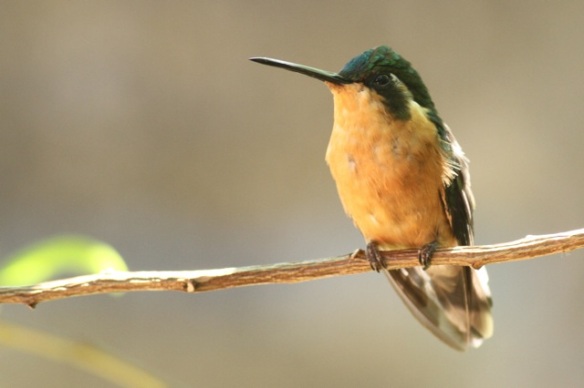 Apart from the resplendent quetzals, there were of course also other beautiful birds on 27 March 2014 near San Gerardo de Dota in Costa Rica. Like this female white-throated mountain-gem hummingbird.

And this male white-throated mountain-gem. A bird species, restricted to Costa Rica and Panama.

And this green-crowned brilliant female.

We will continue the story with what happened after we saw the tufted flycatcher mentioned earlier.

A black-thighed grosbeak. A species which lives only in the highlands of Costa Rica and western Panama.

Near the feeder: a green violetear hummingbird.

We went higher up the mountain. An oak forest grows there. During the last Ice Age, oak forests covered bigger parts of Costa Rica. as the climate warmed, the oaks retreated to the higher parts of mountains. They developed into endemic species because of their isolation. 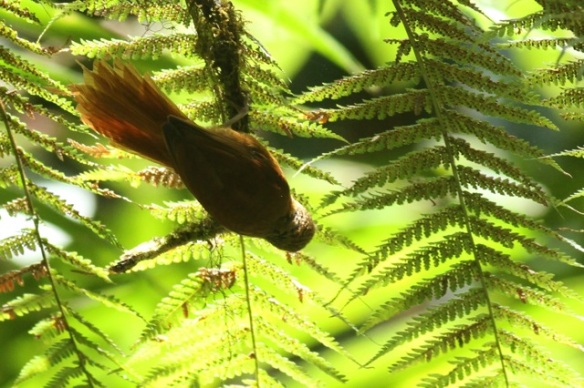 Then, on a branch near a stream, a ruddy treerunner. One of many species, limited to Costa Rica and western Panama.

A black-cheeked warbler; also limited to Costa Rica and Panama.

And a flame-coloured tanager. 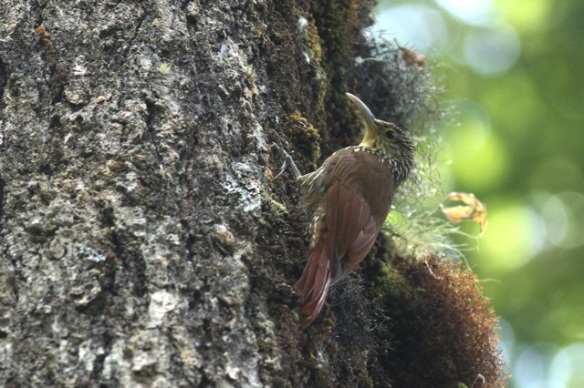 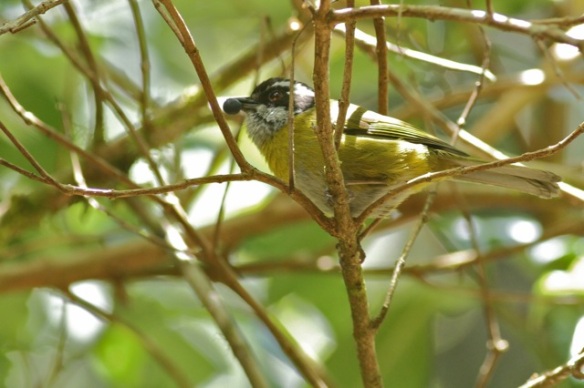 Among the last birds of the morning: sooty-capped bush tanagers; feeding on berries.

And a yellowish flycatcher.

After the morning came, of course, the afternoon. So, stay tuned!

7 thoughts on “Hummingbirds and ruddy treerunner in Costa Rica”