The Unfeathered Bird at Nature Live

Katrina van Grouw appeared at Nature Live at the Natural History Museum. In this short video, she describes the audience she had in mind as she wrote The Unfeathered Bird.

On 25 May 2014, in Naturalis museum in Leiden, there was not only a lecture on extinct birds.

There was a lecture by Katrina van Grouw as well, because of the publishing of the Dutch edition of her book The Unfeathered Bird, called De ontvederde vogel.

She said her inspiration were two artists: John James Audubon and George Stubbs. Stubbs paid much attention to the anatomy of horses which he painted. Anatomy, what is below the feathers of birds, their muscles and bones, is also important for depicting birds, Ms van Grouw said.

Like in these pictures in her book, of a toco toucan, and a violet touraco. Ms van Grouw said that, though these two species are not really related, they are both good at climbing branches, and their somewhat similar skeletons show why. 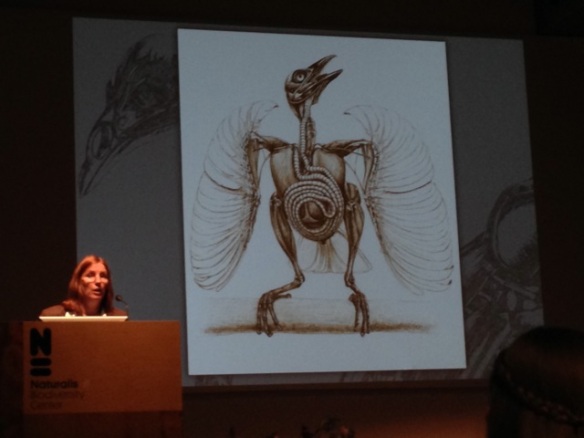 She also made a picture of a trumpet manucode. This bird-of-paradise species is not as colourful as its relatives. But it has a very loud voice. The trumpet manucode has a loud voice because of its very long trachea or windpipe, which an anatomical drawing can show. 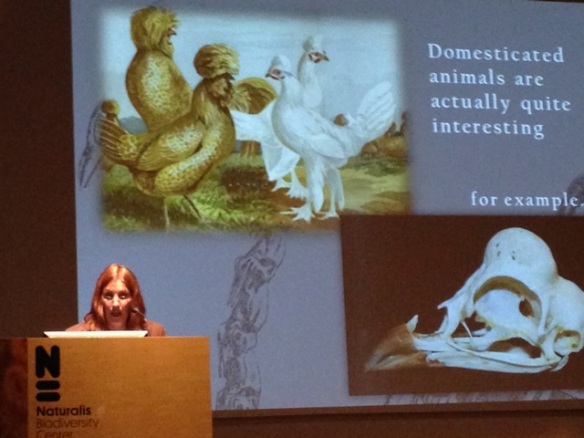 Katrina van Grouw announced that in 2018 her next book, Unnatural Selection, about domestic animals, will be published. 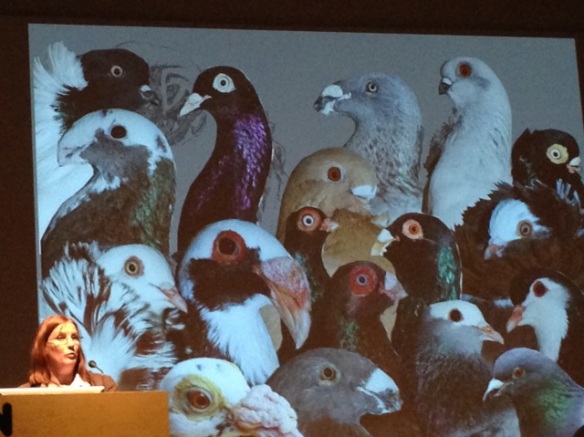 All photos in this blog post are mobile phone photos.