After the morning of 22 March 2014 in Guanacaste province, Costa Rica, during the afternoon we went to wetlands not far away. Where we saw, eg, these white ibises and cattle egrets among cattle.

Before arriving there, we had seen roseate spoonbills at a small lake. And three black-necked stilts. And a bare-throated tiger heron.

At a bigger wetland, a limpkin. Four juvenile white ibises: not really white yet. Really white adults at the other side of the road.

A big flock of black-bellied whistling ducks. A blue-winged teal among them (see also here). A snail kite sitting on a pole. 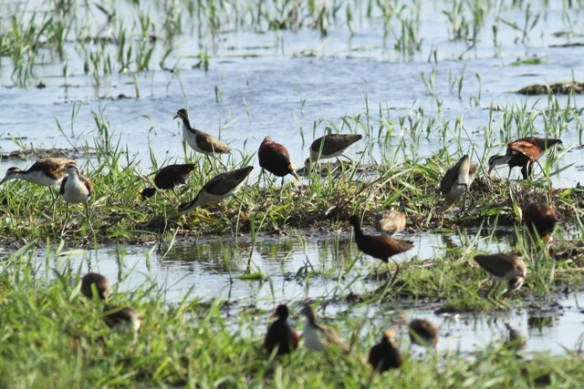 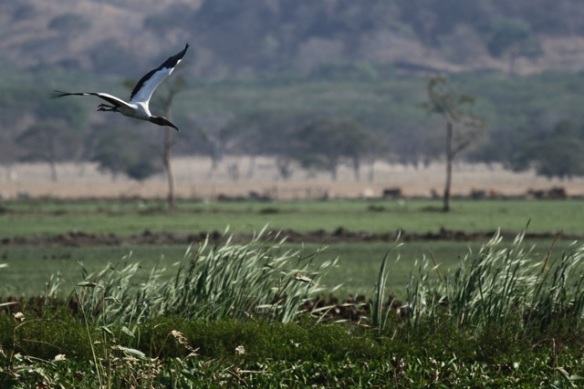 Not only wood storks; great egrets as well. 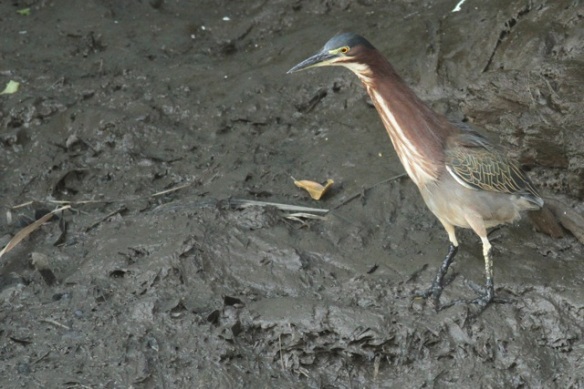 A water buffalo. This originally Asian species has been exported to farms in many countries.

An anhinga. A snowy egret.

Stay tuned for another Costa Rica wetland birds blog post yet to come!

22 thoughts on “White ibises and jacanas in Costa Rica”