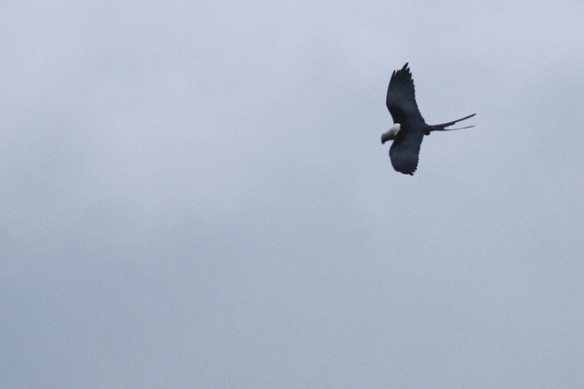 20 March 2014. After the morning, in the afternoon still around the Arenal volcano in Costa Rica. Two swallow-tailed kites flying near a restaurant. 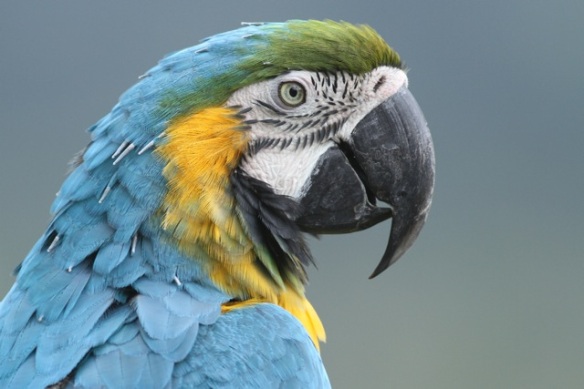 So does a blue-and-yellow macaw. It flies freely, but then sits on a fence, so close that it is probably a pet.

A bit further away, in a tree, its smaller relatives, crimson-fronted parakeets, are definitely not pets.

This video is called Canopy Tour near Arenal, Costa Rica.

We walk in a rainforest, where bridges as depicted in the video, span steep ravines along rivers. An opportunity to look at wildlife in the canopy … if you have no fear of heights. 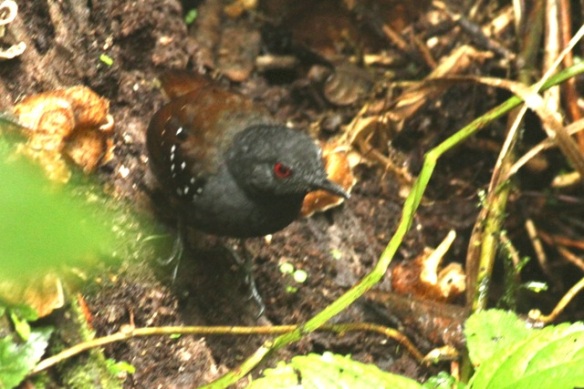 Near one of the smaller bridges, a dull-mantled antbird.

A slaty-tailed trogon in a tree. 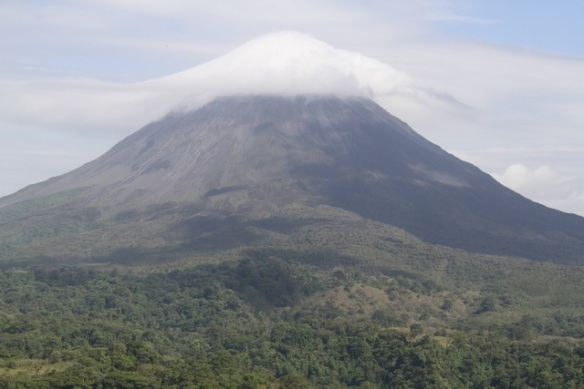 Still clouds around the top of the Arenal volcano, but less so than on some other days. 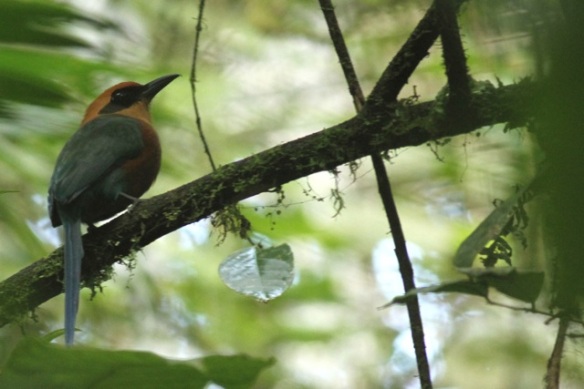 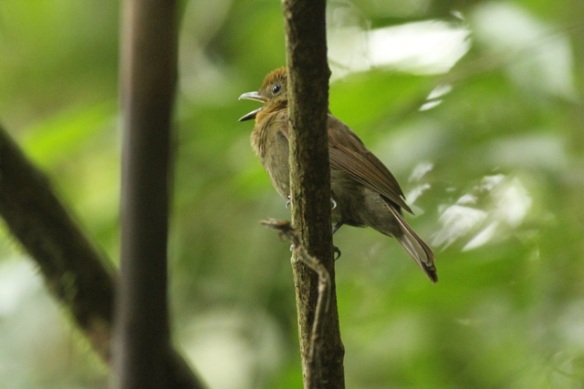 And a northern schiffornis. Not a colourful bird; but a rare bird, singing enthusiastically. 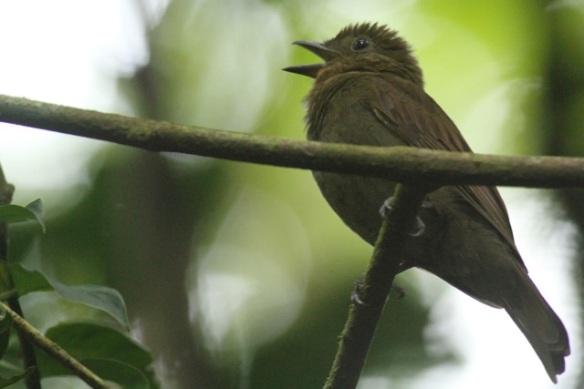 A black-headed nightingale-thrush not far away on the footpath.

Two piratic flycatchers in a tree near the parking lot.

Near the lake, the biggest kingfisher species of Costa Rica: a ringed kingfisher. It sits on a building, near a great egret on the bank.

29 thoughts on “Motmot, other rainforest wildlife in Costa Rica”