On 21 April 2014, again to the “Baillon’s crake reserve”. There were many birds which we did not see there two days ago; like this male reed bunting.

Many grey lag geese with goslings. 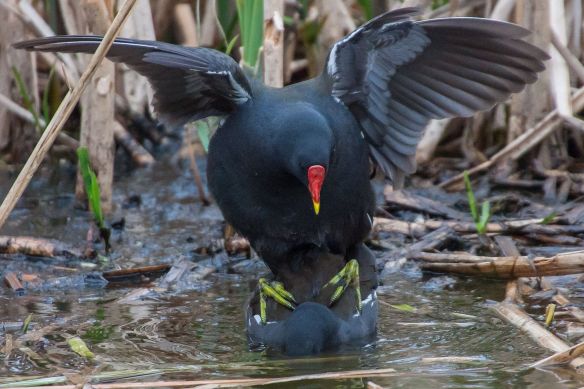 Near the northern end of the southern lake, two moorhens mating, with the female’s head under water for some seconds.

Then, a male reed bunting singing in a small tree. While the female perched on a reed stem not far away. Sometimes, they changed position. 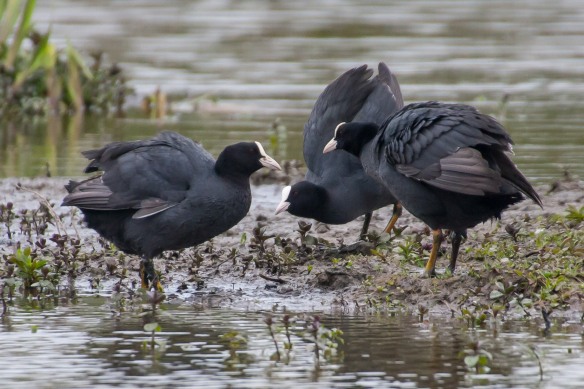 On the northern lake, northern shovelers and teal swimming.

A few black-tailed godwits are left, now that their spring migration is almost over.

A redshank flies, and lands.

Stay tuned, as there will be more about this nature reserve on 21 April!