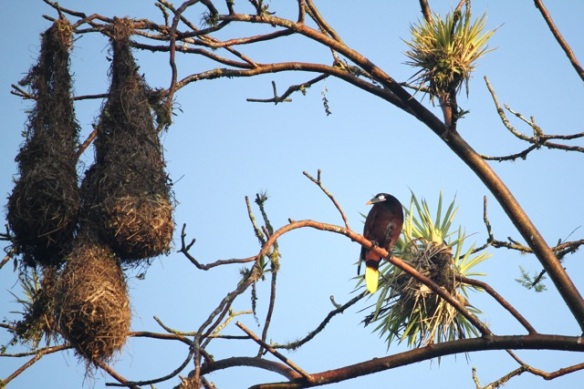 Still 17 March 2014 near the Sarapiqui river in Costa Rica. Not only frogs and spiders there; but, of course, also birds. Like this Montezuma’s oropendola nesting colony.

Some oropendola males do their mating season gymnastics performances, while singing their songs.

And a female white-necked jacobin hummingbird.

A yellow-crowned euphonia. And an orange-billed sparrow. 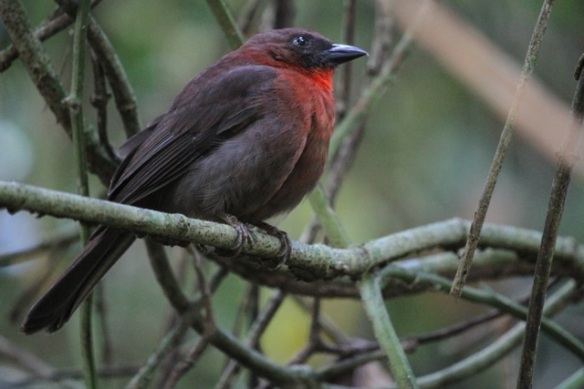 A male red-throated ant tanager, singing on a branch. 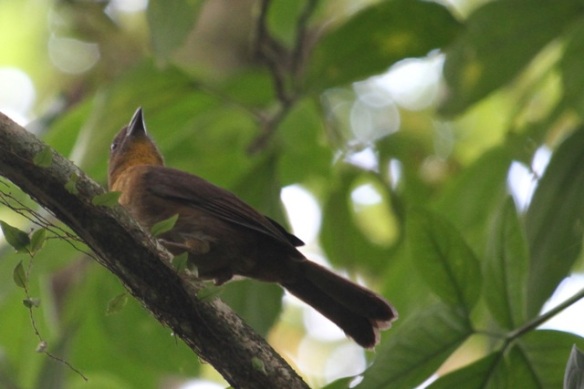 There was a female as well.

At the river bank, two rare sunbitterns. One of them catches a fish. It is not as dexterous at swallowing it as real bitterns.

Sun bitterns are called “zonneral”, sun rail, in Dutch. But they are not closely related to either rails or bitterns. 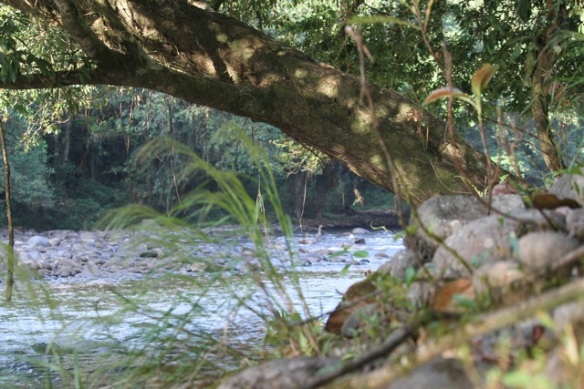 We go a bit further along the river.

A lizard on a tree trunk. A pug-nosed anole male?

A fasciated tiger heron among the rocks. 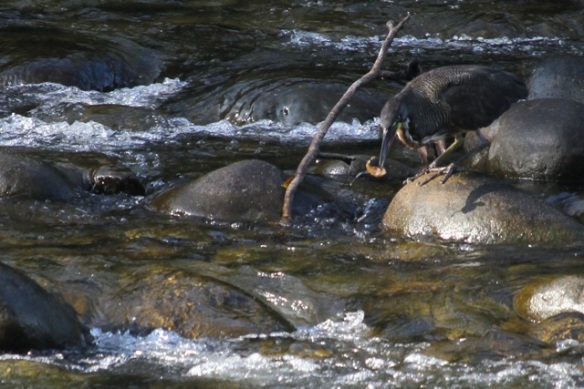 It catches food from the river.

A neotropic cormorant flies along.