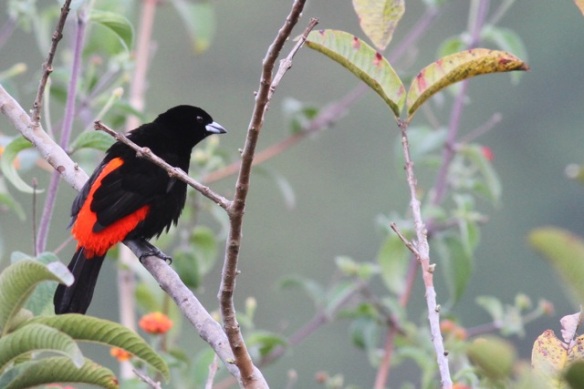 Still, 15 March 2014, in Cinchona, Costa Rica. A bit further away than the hummingbirds, a table with fruit attracted Passerini’s tanagers. Both males and females. 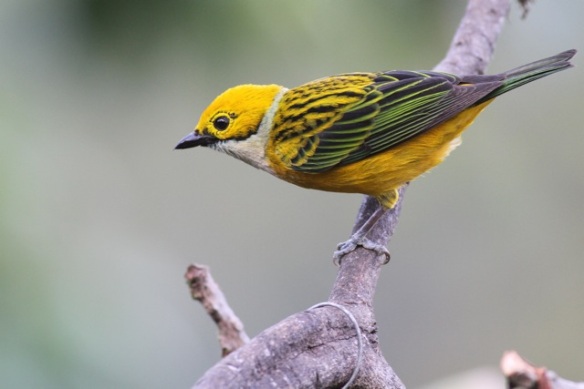 Still a bit further away, we could see a Montezuma’s oropendola. And a variegated squirrel.

A clay-coloured thrush (the national bird of Costa Rica, because of its beautiful singing).

A flock of white-collared swifts flying near a distant waterfall.

A Passerini’s tanager and a bay-headed tanager in the same tree. 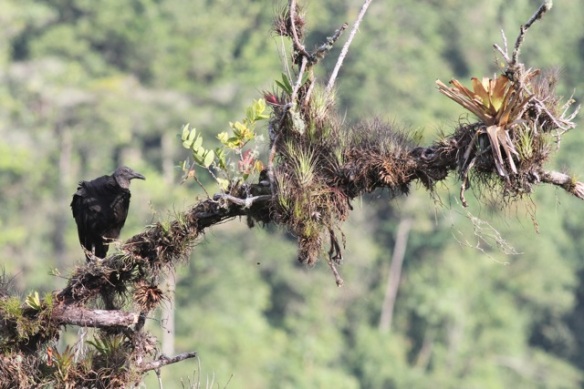 In another tree, first one black vulture.

Then, two black vultures, before they both flew away.

On the fruit table, Passerini’s tanagers, both male and female, and a common bush-tanager.

A prong-billed barbet. Another species, unique for Costa Rica and western Panama.

We left. The bus went lower and lower.

Along the road, a melodious blackbird. 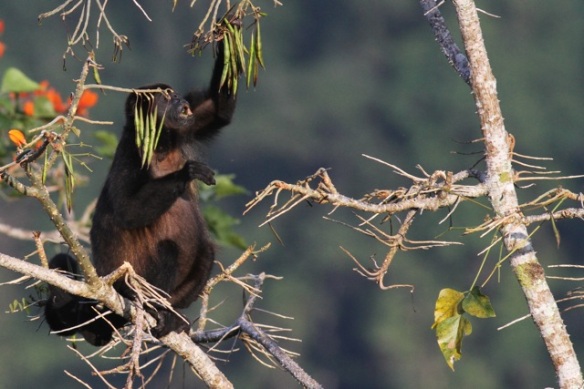 A mantled howler monkey family, including a youngster, feeding in a tree.

In another tree across the road: a Montezuma’s oropendola nesting colony.

Then, we continued to the Caribbean lowlands.

This video gives an idea of the region where we arrived late on 15 March.

The video is called Rainforest and Wildlife in Sarapiqui, Costa Rica.