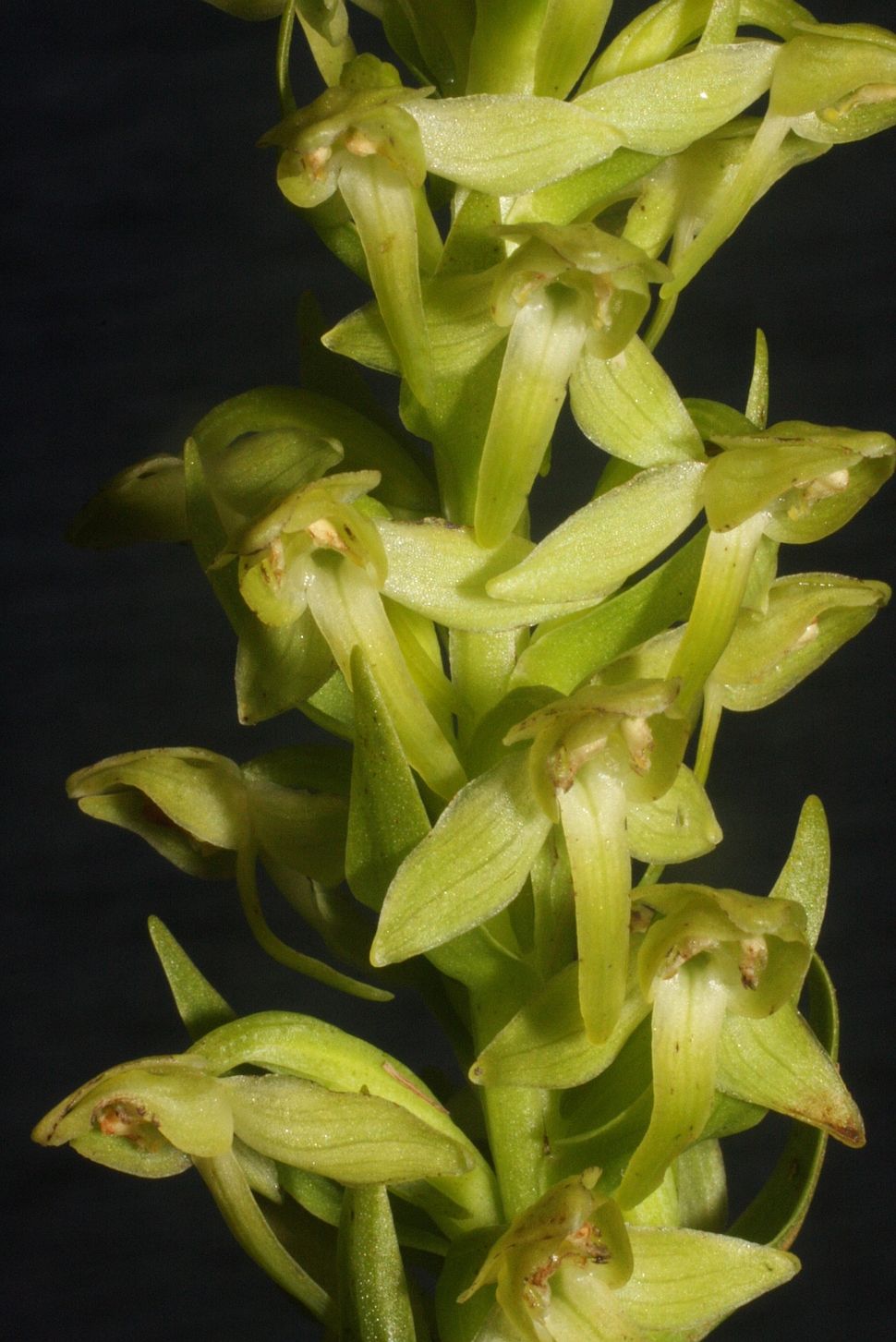 For years, there was only one formally recognized species of orchid on the Azores, a cluster of volcanic islands west of Portugal, though some claimed there were two species. However, a recent, three-year study to describe these Azorean flowers found that three species of orchids exist on the islands, including two that are newly recognized.

One of the new species was found atop a remote volcano and is arguably Europe’s rarest orchid, said Richard Bateman, a botanist at Kew Royal Botanic Gardens in London. Researchers were surprised to find the new species atop the volcano, which had “a really ‘Lost World’ feel to it,” he told LiveScience.

The orchids likely originate from a single species that arrived by seed millions of years ago. They soon developed smaller flowers, unlike their ancestors, which had large blooms. The most widespread orchid on the island, the short-spurred butterfly orchid (Platanthera pollostantha), is known for these small flowers, Bateman said. [Photos: The Orchids of Latin America]

Analysis of other orchids found on the islands soon turned up another species, known as the narrow-lipped butterfly orchid (Platanthera micrantha).

But then scientists happened upon an even rarer and more striking orchid, with large flowers, like those of the plants’ ancestors. “In a sense, evolution has reversed itself,” Bateman said. This species, now known as Platanthera azorica or Hochstetter’s butterfly orchid, was originally collected more than 170 years ago, but hadn’t been further studied or recognized as a unique species.

Mónica Moura, a researcher at the University of the Azores, happened upon the flower, and noticed it was different. “I immediately recognized the flowers as being exceptionally large for an Azorean butterfly orchid,” Moura said, according to a release describing the study.

The new species require urgent conservation; the International Union for Conservation of Nature, a global environmental organization, currently lumps all of these into a single species, which is incorrect, Bateman said.

The two rare orchids are threatened by invasive species and habitat destruction, Bateman said. Much of the unique dwarf forests that once covered the Azores—and in which the rare orchids are found—have been destroyed by inefficient dairy farming and other development, Bateman added.

Like many other orchids, the two rare orchid species have symbiotic relationships with fungi that allow them to survive. Without a certain type of fungi, the seeds can’t germinate, Bateman said. It’s possible these rare species can only survive in the presence of a single fungal species, which helps them germinate and supplies them with nutrients as adult plants, he said. More widespread species can likely partner with a variety of fungi, he added.