26 October 2013. After our earlier birdwatching that day around De Cocksdorp, to the south, along the Wadden sea dike. As we arrived at the north side of the Schorren mudflats, a brent goose. 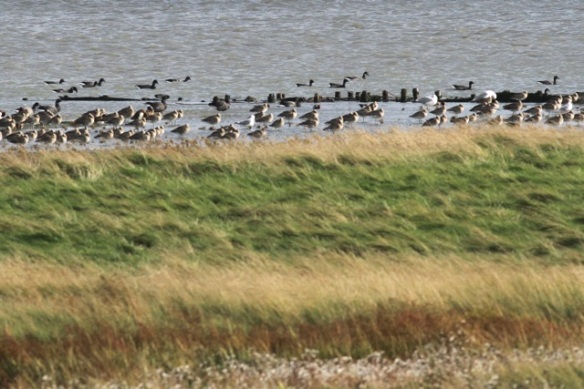 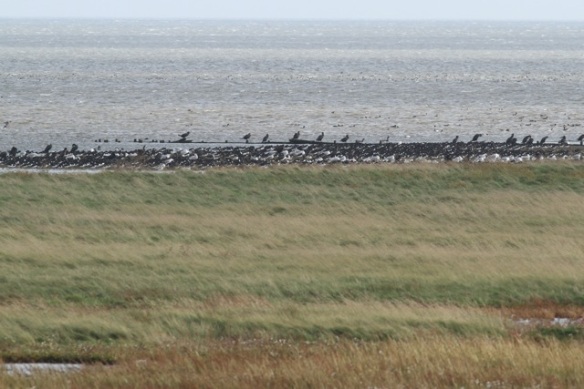 In the sea, swimming shelducks.

Then, many curlews and other birds take off in flight. What frightened them? Stay tuned, as there will be more blog posts on the Schorren birds.