17 October 2013. To the woodlands of the Heempark and Oud-Poelgeest. Near the Heempark entrance, a tree stump with various fungi species, including artist’s bracket and Armillaria mellea fungi. A bit further, plenty of amethyst deceiver and Inocybe rimosa fungi.

A deceiver fungus. Reddish colour today, as, though it is dry now, it has been raining for days. If the weather is dry, then this species looks brownish.

A mallard and a black-headed gull fly past.

One muscovy duck swimming, one on the bank. 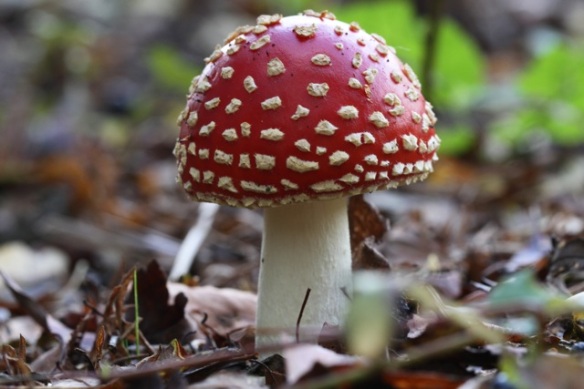 A bit further, two fly agaric mushrooms. The oldest one does not have a complete hat any more (eaten by slugs?); but the youngest one still has. This species is rare and rather recent here, as it belongs on sandy soils, and this is originally a peaty region. However, sand is often brought in for construction etc.

Then, lots of sulphur tufts around a stump.

We continue, to the path between the Heempark and Oud-Poelgeest. Still some chicory flowers. Two Egyptian geese, and a flock of domestic geese.

In Oud-Poelgeest, sulphur tufts, and a fallen fly agaric.

On the other side of the canal bordering on the woodland, a wren sits on a reed stem, calling.

Back to the Heempark. On a fallen birch tree, birch polypore fungus.

15 thoughts on “Autumn mushrooms and birds”