Our plane flew along the south-west coast of Spitsbergen, the biggest island of the Svalbard archipelago. 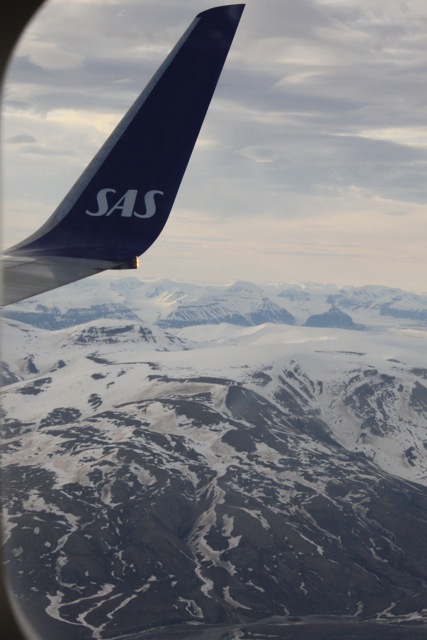 As I described, on Sunday 2 June we arrived on the airport of Longyearbyen, the capital of Arctic Svalbard.

It being Arctic summer, there was midnight sun.

In a valley in the village, barnacle geese. And a reindeer. And glaucous gulls.