On 19 May 2013, as described earlier, still in the Nieuwkoopse Plassen nature reserve.

A common tern flying. The light makes it look almost like a black tern.

Marsh marigold still flowering, though the flowers are mostly finished. 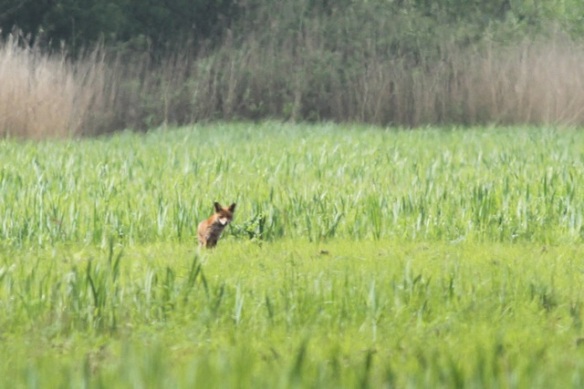 A fox sitting on a meadow. 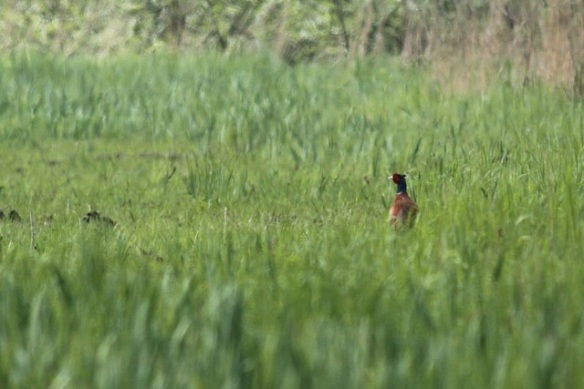 About thirty meter to the right, a male pheasant. A buzzard flies above them both. The fox does not try to catch the pheasant, maybe knowing that the bird has seen it already. After a long time, the fox goes away, to the left. 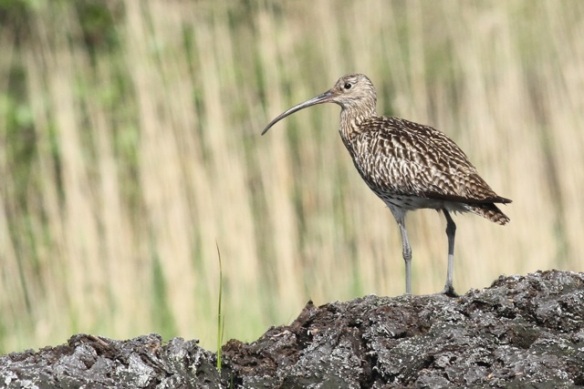 A curlew on a dung heap. 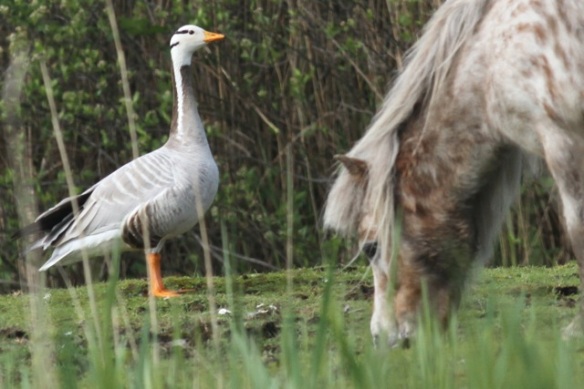 Then, two bar-headed geese on a meadow between ponies. More about these geese is here.

More to the right on that meadow, two barnacle geese with a gosling.

A mute swan on its nest.

A great crested grebe swims with three chicks on its back.

Just before our boat arrives back in Noorden, a blue tit on a reed stem.