This vido shows a sedge warbler in the Zouweboezem.

On 12 May 2013, again to the Zouweboezem nature reserve in the Netherlands.

This reserve is famous for its black terns and its purple herons.

As we approach the reserve: shelducks near the Lek river.

Near the parking lot, chaffinch and chiffchaff singing. An oystercatcher.

Then, a male reed bunting.

A willow warbler and a wren sing.

A northern lapwing in a meadow.

Black terns fly above the meadow, hunting for insects.

On a reed stem, an ergot fungus, Claviceps microcephala; in the sclerotium phase at the moment.

Black terns fly over their nesting colony, but few of them have started nesting yet. Tufted ducks sit on some of the black tern nesting platforms. It seems that the cold spring has delayed the terns’ nesting season.

A yellow water-lily flowering. That is early for this time of the year.

A Stereum hirsutum fungus on a fallen branch.

Near the hide, a male shoveler duck swimming.

Many shiny alder leaf beetles on small trees. Some of them mating.

A Savi’s warbler and a blackcap sing.

In a meadow, orchid flowers.

A male and a female marsh harrier fly together.

Then, a black-tailed godwit, driving away a Canada goose. Considering that Canada geese are capable of driving away big gorillas, quite a feat.

A purple heron; flying, then standing at a ditch bank. 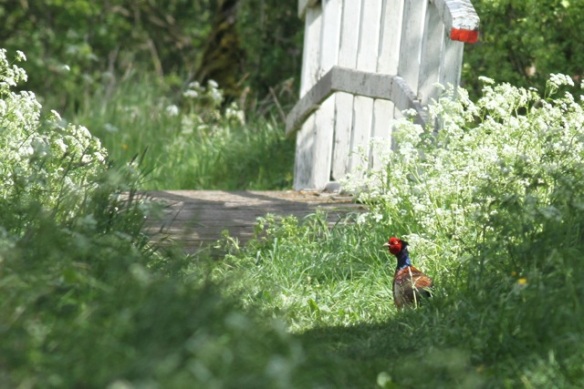 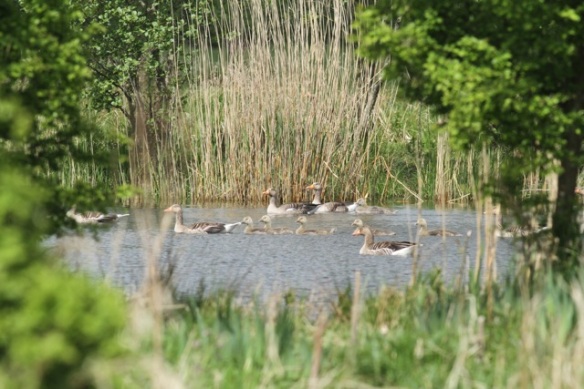 Many grey lag geese have goslings. 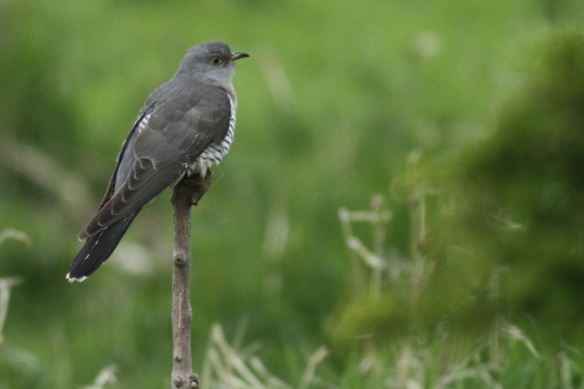 Then, something special. A male cuckoo. Usually hidden from view, but not today.

A carrion crow drives away a buzzard.

A false puffball slime mould on a tree stump.

Then, a female linnet.

And a male linnet.

We are near the exit of the reserve. Corn salad flowering.

In Ameide village, a white stork on its nest on the roof of the church.