On 30 April, Queen Beatrix of the Netherlands will abdicate. Her son, Prince Willem-Alexander, will become king.

Fervent monarchists, and also many people who like parties, no matter about what, are preparing a big celebration.

Not everyone is happy with the monarchy.

This sticker says “I don’t want Willem[-Alexander]”. The text is a wordplay on Dutch: “Ik wil hem niet”, I don’t want him, and the name Willem.

This video is about republicans in Amsterdam rehearsing the “Ik-Willem-niet” song.

Leiden University bosses had plans to plant a lime tree celebrating the new king in the university garden. To get space for the new royal tree, they planned to kill an old yew tree. 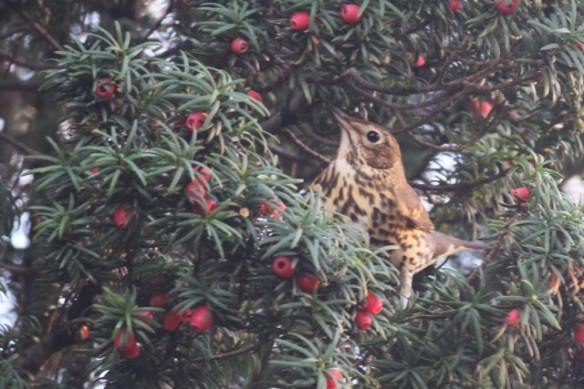 This yew tree has featured in this blog before. Winter after winter, its berries attract redwings, song thrushes, blackbirds, waxwings and other birds.

After much protest against the plans to kill the yew tree, the university bosses decided that the yew tree would be transported to soil where it will still be alive.