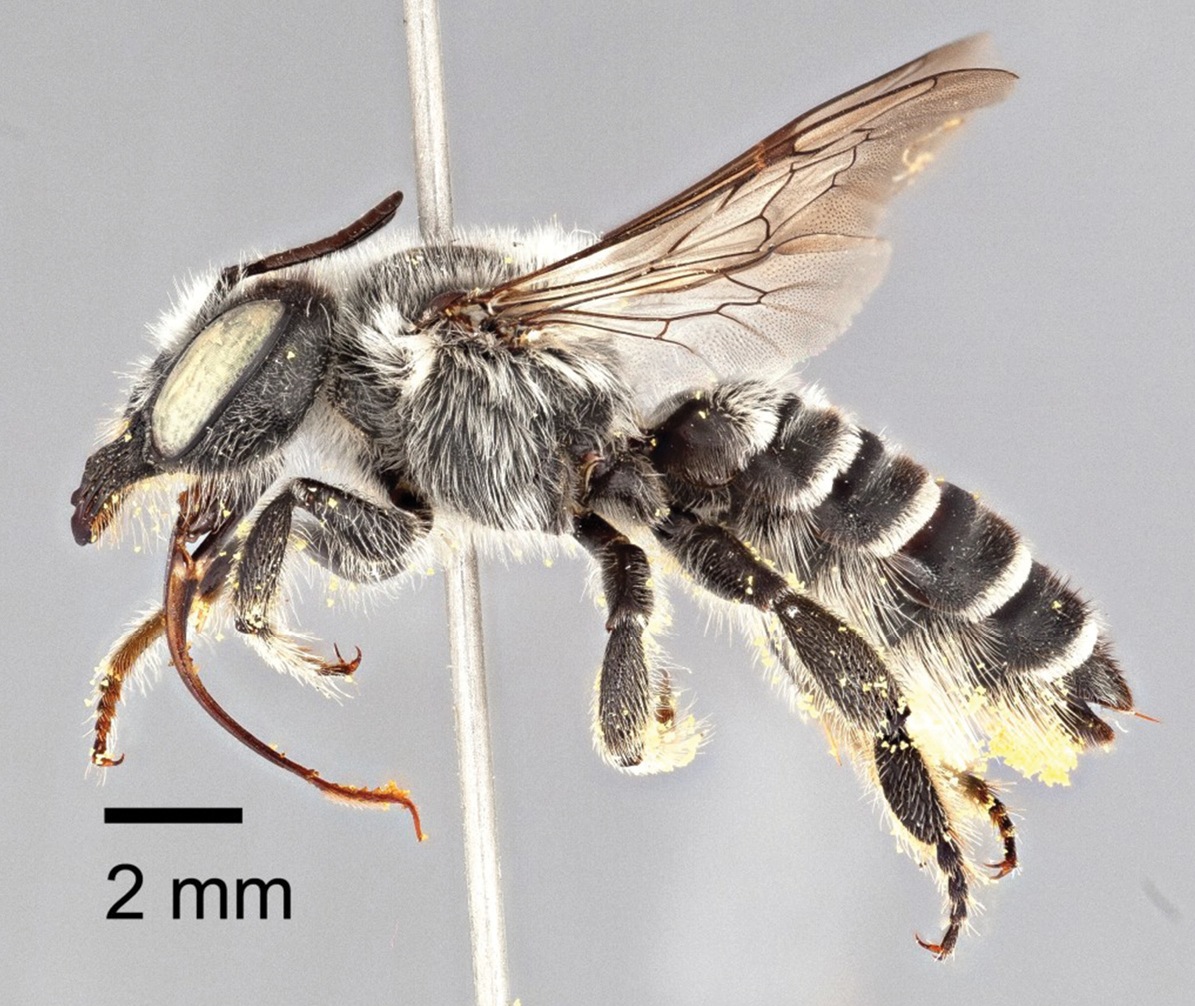 From Nature World News in the USA:

By James A. Foley

Noam Chomsky is not a fan of ridiculous comparisons. So it’s still unclear how he’ll take to the newly discovered species of bee that has been named after him.

The new species belongs to one of the largest genera of bees, the genus Megachile, with more than 1,500 species in at least 50 subgenera. Chomsky, on the other hand, is one of a kind.

Endemic to Texas, the newly-discovered species of leafcutter bee, Megachile chomskyi, has highly particular tastes in the sort of pollen it goes after. Having lectured, wrote and researched at the same university for more than 50 years, you might say Chomsky is endemic to MIT, where he reportedly has particular tastes in turkey sandwiches: plan, no mayo, definitely no avocado, maybe some lettuce and tomato.

An exaggeratedly long tongue and definitive jaw structure are the most prominent features of the new leafcutter bee. As it is, Chomsky’s tongue, or at least his work as a linguist, is world renowned. Though it’s probably of average size.

Noam Chomsky is a highly regarded linguist, political philosopher and historian, who has been described as the “father of modern linguistics” and the world’s “top public intellectual.”

This is not the first time an animal has been named after Chomsky. A chimpanzee who was the subject of an extended study on animal language acquisition at Colombia University was named Nim Chimpsky, a clear pun of Noam Chomsky.

In naming the new species of leafcutter bee, its discoverer, Dr. Cory Sheffield of the Royal Saskatchewan Museum, said, “In addition to naming the species after Dr. Chomsky to honor his many accomplishments, I also have been a huge fan and follower of his writings, lectures, and political views for a long time.”

Scheffield’s study of the Megachile chomskyi is published in the open access journal ZooKeys.