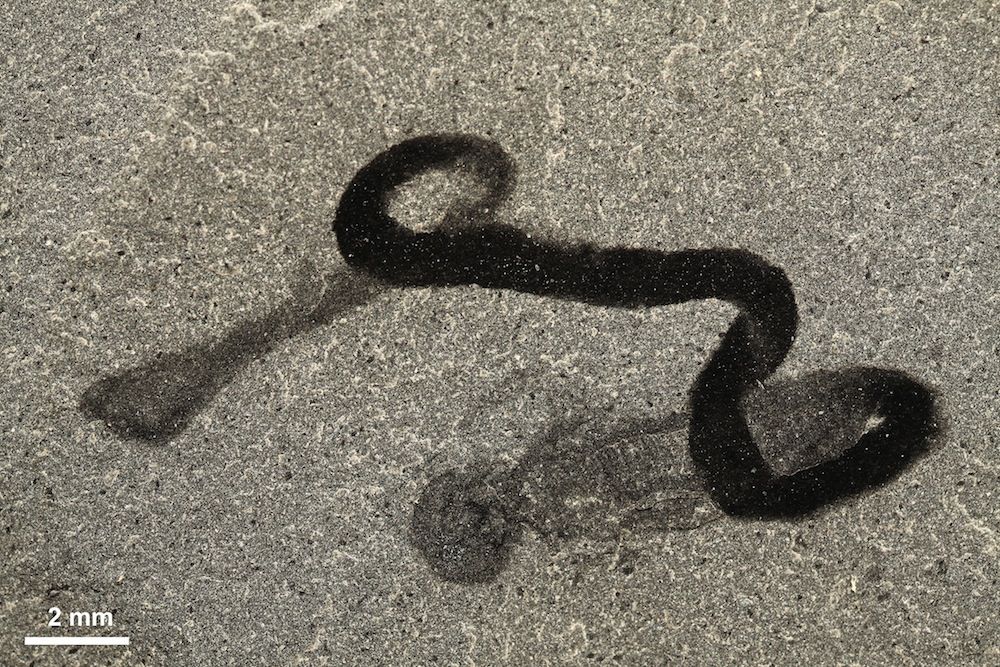 Scientists at the University of Montreal have been able to identify a strange phallus-shaped creature they found in Canada’s Burgess Shale fossil beds, located in Yoho National Park.

The fossils were found in an area of shale beds that are 505 million years old.

Christopher Cameron of the University of Montreal’s Department of Biological Sciences and his colleagues have confirmed that Spartobranchus tenuis is a member of the acorn worms group, which are seldom-seen animals that thrive today in the fine sands, and mud of shallow and deeper waters.

Acorn worms are themselves part of the hemichordates, a group of marine animals closely related to today’s sea stars and sea urchins.

“Unlike animals with hard parts including teeth, scales and bones, these worms were soft-bodied, so their fossil record is extremely rare,” said author Dr. Chris Cameron of the University of Montreal.

“Our description of Spartobranchus tenuis, a creature previously unknown to science, pushes the fossil record of the enteropneusts back 200 million years to the Cambrian period, fundamentally changing our understanding of biodiversity from this period,” he added.

Since their discovery in the 19th-century, some of the biggest questions in hemichordate evolution have focused on the group’s origins and the relationship between its two main branches: the enteropneusts and the pterobranchs, including graptolites.

“One of the big punchlines from my graduate work, was molecular evidence that enteropneusts and pterobranchs are closely related,” said Cameron, a specialist on the taxonomy, evolution and biogeography of hemichordates.

“It’s astonishing how similar Spartobranchus tenuis fossils are to modern-day acorn worms, except that they also formed fibrous tubes,” he noted.

“The explosive radiation of graptolites in the Paleozoic planktonic ecosystems is known only from the diversity of their tubes. Our findings suggest that the tubes were lost in the lineage leading to modern day enteropneusts, but elaborated on in graptolites and retained to the present day in pterobranchs,” added Cameron.

Hemichordates also share many of the same characteristics as chordates – a group of animals that includes humans – with the name hemichordate roughly translating to ‘half a chordate.’

“Work from my lab has shown that enteropneusts filter feed using a pharynx perforated with gill slits, just like the invertebrate chordates” stated Cameron.

Spartobranchus tenuis probably fed on small particles of matter filtered from the seawater.

“There are thousands of specimens at the Walcott Quarry in Yoho National Park, so it’s possible Spartobranchus tenuis may have played an important role in moving carbon from the water column to the sediment in the early Burgess Shale environment,” notedCameron.

Detailed analysis suggests Spartobranchus tenuis had a flexible body consisting of a short proboscis, collar and narrow elongate trunk terminating in a bulbous structure, which may have served as an anchor.

The largest complete specimens examined were 10 centimetres long with the proboscis accounting for about half a centimetre. A large proportion of these worms were preserved in tubes, of which some were branched, suggesting the tubes were used as a dwelling structure.

Their discovery will be published online in the journal Nature.