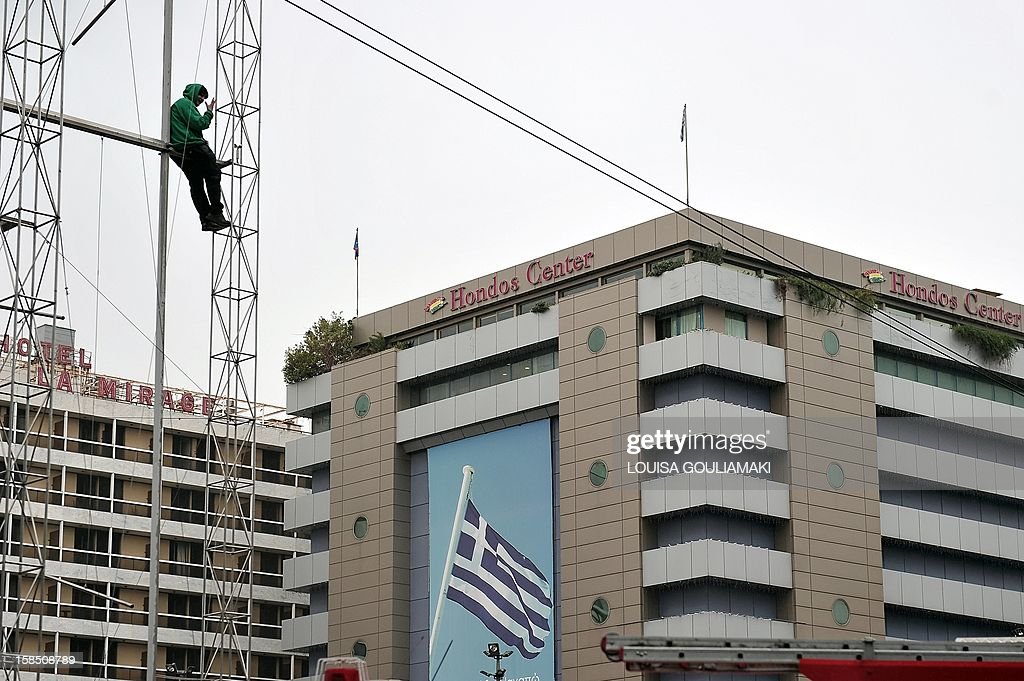 GREECE: A 35-year-old deaf and mute woman threatened to commit suicide after climbing up the supports of a sculpture in Omonia Square, central Athens, on Monday.

The single mother of two was protesting against serious delays in disability payments that have resulted from successive austerity measures.

She was later lifted to safety by firefighters using a crane.

School in Athens needs help: 60 children do not get enough food: here.

Wave of suicides in Italy as social conditions deteriorate: here.