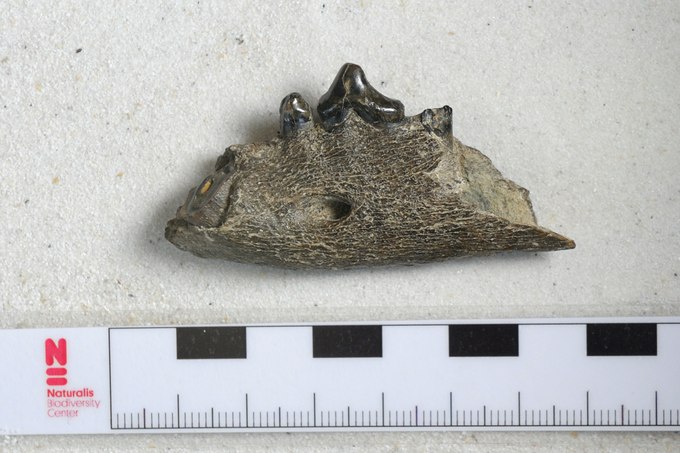 Often, in a 37.5 meters deep well in the Oosterschelde, researchers find remains of animals from the Early Pleistocene, about 1.9 million years ago. On 1 September 2012, for the first time, a fossil of a canine was fished up. This makes it the oldest dog ever found in the Netherlands.

The primeval landscape of the Oosterschelde 1.9 million years ago was a subtropical forest with swamps, rivers and open grazing areas. Mammoths, mastodons, rhinoceros, deer and zebra-like ungulates lived there. This canine is, after the saber-toothed tiger, and the hyena the third carnivore now known from that era.

The fossil dog’s jaw is now on show in Naturalis museum.

Three tough mammals — a huge “bear dog” and two saber-toothed cats — were among Europe’s top predators 9 million years ago, according to a new study: here.