As I described earlier, our ship passed through the lock joining the Lauwersmeer lake to the Wadden Sea.

On a jetty in Lauwersoog harbour just outside the lock, scores of noisy turnstones. Black-headed and herring gulls as well.

When we have sailed about half-way to Schiermonnikoog island, two male eider ducks fly past.

When we are just a few hundred meter away from the island, another four eider ducks flying. Six brent geese fly over the harbour.

On the harbour jetty, again turnstones. And redshanks.

A flock of curlews lands on a mudflat. 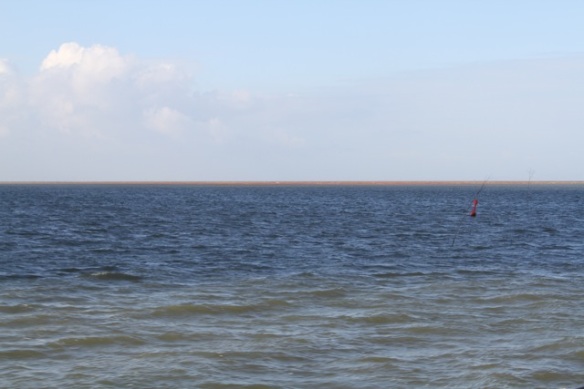 We see the south-west coast of Schiermonnikoog island, looking red from the autumn colour of many glasswort plants.

5 thoughts on “Birds of the Wadden Sea”