In the morning, walking to the mouth of the Gilão river.

A male house sparrow sits on a rocky roof. A reminder of the origin of this bird species. Thousands of years ago, house sparrows lived in the rocky mountainous border area of what is now Iraq, Iran and Turkey. They fed on grain seeds. When agriculture and the building of stone houses spread from that region to elsewhere, house sparrows extended their range as well, to Europe and elsewhere.

A common sandpiper on the river bank.

On the other side: yellow-legged gull. Two grey plovers.

A black-tailed godwit. Probably, an individual later than its colleagues in continuing its migration to the north.

Many avocets in salt pans near the river.

A coot flying over the river.

A dunlin on the bank.

In a salt pan: two black-winged stilts, and a Kentish plover behind them. 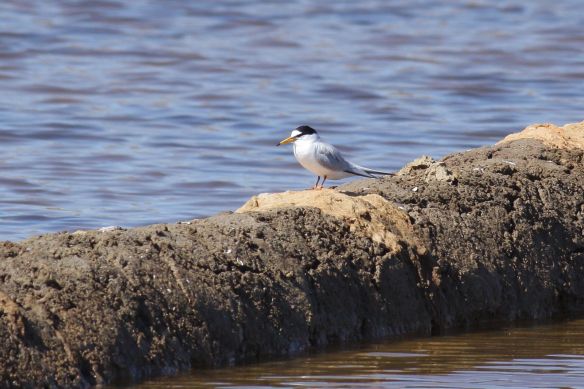 A little tern rests on a salt pan dike. 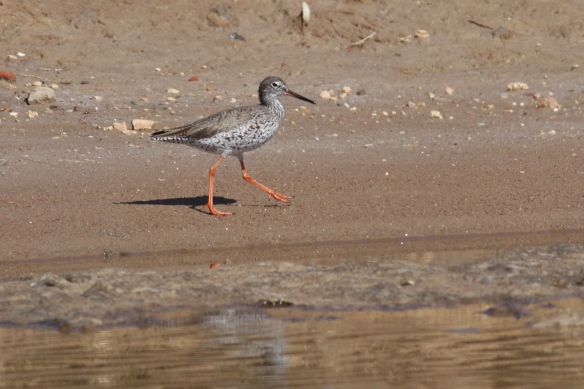 A magpie on a parking lot. A Eurasian magpie; not an azure-winged magpie for which the Iberian peninsula is famous.

Near the ferry to Tavira island, a little egret looks for food. A whimbrel.