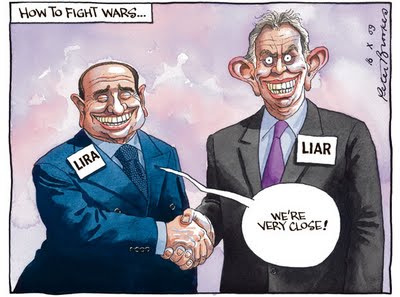 By Tony Patey at the Bishopsgate Institute in England:

RMT general secretary Bob Crow lashed out at the Labour Party warning that unless it “rolled up its sleeves” and got stuck in it won’t get re-elected.

He predicted that Labour’s defeat in Bradford West will be mirrored across the land because young voters were fed up.

The party has to change dramatically, he told over 250 delegates to a conference at the Bishopsgate Institute organised by Star readers and supporters’ groups.

“If people believe this Labour Party can be turned around, I would ask how they are going to do it.”

Either the party rolls up its sleeves or it risks losing the vote of youngsters who won’t wait around for the three main parties to “come up trumps” for them.

“These young people have no hope of a job or a house – what they want is hope at the end of the day.

“If you don’t start giving those people hope, what happened at Bradford West will repeat itself 100 times over Britain because these young people say they have had enough of the three main parties.”

He said George Galloway, who took the once-safe Labour seat on Thursday, was seen as someone who could roll his sleeves up and fight for working people.

“The Labour Party is now the party of big business, it is not the party for the workers.”

He questioned what chance Labour had of fighting in marginal areas if it could lose a seat in its own heartland.

“We must get rid of the Tories and the Lib Dems, but what are you going to replace it with – another 13 years of anti-working class policies that the Labour Party had?”

Earlier, National Union of Journalists general secretary Michelle Stanistreet said that since she took over the hot seat a year ago journalism had been going though “unprecedented times” and had been caught up in a “perfect storm.”

The Leveson inquiry was fully into its stride but the crisis in the media industry had been brewing for years.

However, there was some brighter news – more journalists are joining the union as their jobs come under greater threat as employers cut back and squeeze media organisations for profit.

Ms Stanistreet and Mr Crow have been the only two general secretaries to give evidence at Leveson.

Yvette Cooper’s suggestion that the reason for Labour’s humiliating by-election defeat in Bradford West was that it “wasn’t connecting enough” with “young voters in Bradford‘s Asian community” and “Muslim women in Bradford” is both naive and patronising: here.

After Bradford West: a five point plan for Labour: here.

The recent Tory funding scandal has exacerbated the crisis of confidence in the modern political party: here.

The French radical Left Front’s presidential candidate Jean-Luc Melenchon has gained four percentage points in two weeks in opinion polls, a result that would see him take the third spot in the first of the two-round vote for France’s head of state: here.

L’Humanite Staff, l’Humanite: “After the retaking of the Bastille on 18 March by a mass of 120,000 people, the Left Front struck another blow on Tuesday evening. Some 23,000 people attended presidential candidate Jean-Luc Melenchon’s meeting in Lille. 15,000 inside the packed-out Grand Palace, and 8,000 outside. ‘The river has broken its banks and no matter what happens, the flood isn’t going to recede any time soon,’ announced the Left Front candidate to a sea of red flags chanting ‘Resistance! Resistance!’: here.