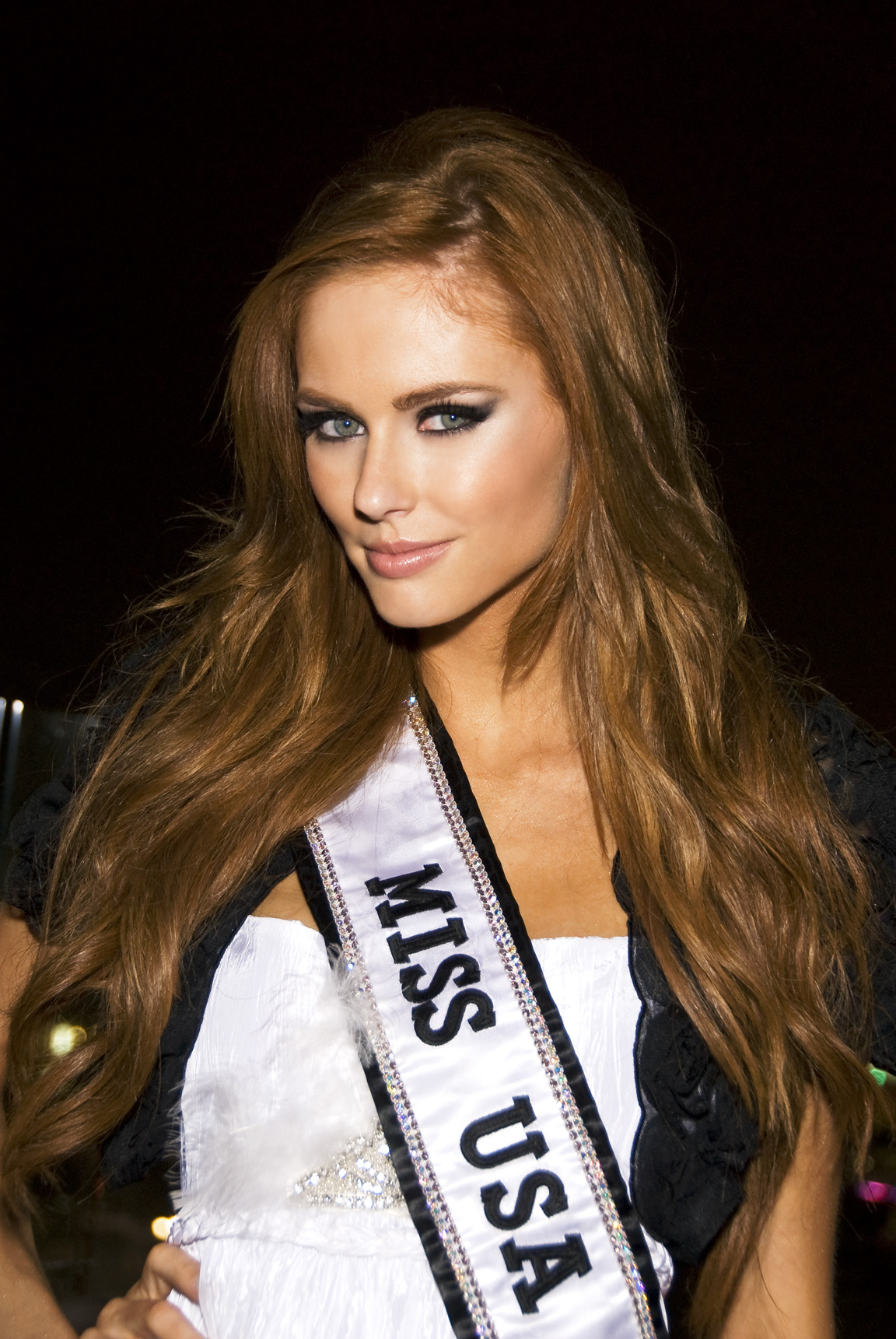 By Blake Deppe in the USA:

Miss USA geeks out over evolution

There was a change in the air at the 2011 Miss USA contest. Miss California, Alyssa Campanella, 21, the new Miss USA, called herself a “huge science geek” and said that evolution should be taught in schools.

During interviews in the preliminary judging, Campanella was one of just two out of 51 contestants who supported evolution. The other pro-Darwin contestant was Miss Massachusetts.

When asked about her view on the subject, Campanella said, “I was taught evolution in high school. I do believe in it. I believe in the big bang theory and, you know, the evolution of humans throughout time.”

That wasn’t the case with other contestants, 96 percent of whom either “confused the evolution of species with the origin of life,” or agreed with what Miss Michigan said – which was that it’s “silly” not to know “both sides.” On the other hand, Miss Kentucky firmly rejected the teaching of evolution, a viewpoint that ought to make proud the state that gave a $43 million tax break to a religious theme park, while schools suffered for it.

USA Today explained that Miss USA’s defense of evolution occurred during an off-air interview with judges; she was not given the opportunity to express these beliefs live.

In a recent article on the Huffington Post called “Rise of the Female Geek,” authors 2morrowknight and Paul Steele wrote, “Dynamic females have an unshakable passion for education. The impact of female geeks is often ignored, or intentionally given ‘special mention’ status.” This, said the writers, was unacceptable.

Campanella seems to be the polar opposite of 2009’s Miss California, Carrie Prejean. Said Chron, Prejean was a conservative evangelical Christian who discussed her opposition to gay marriage.

Campanella, on the other hand, is living proof of what Richard Dawkins once said, suggested Techie Buzz, which was that since the brain was our primary tool for survival, it was also used to attract mates. In other words, “intellect is attractive.” Thus, Campanella’s evolutionary support may encourage a renewed sense of respect for women in these types of contests.

Miss California is actually a New Jersey native, and both a proud science nerd and history buff.

This development is another aspect of an apparent “coming out” of female science geeks, who are acting as intellectual role models and better examples for young women who want to achieve fame and do something positive.

Newser mentioned Academy Award-winning actress Natalie Portman, and noted that she was extremely knowledgeable about science. Portman made it to the semifinals of the Intel Science Talent Search, a research competition that has produced Nobel Prize winners. Portman went on to study neuroscience at Harvard.

Portman also noted the importance of depicting women in a positive and respectful way in films. Of her role in the recent Thor film, she said her character was “an astrophysicist. What a great opportunity,” she remarked, “to make girls think it’s possible” to become successful scientists. “It doesn’t give them a role model of ‘Oh, I just have to dress cute in movies.'”

Meanwhile, Miss USA’s opinion may be another step forward for female equality, and could also gather more support for schools teaching evolution.

This support is needed more than ever, particularly in an era where teachers are refusing to teach kids proper science, and teaching “intelligent design” in its place.