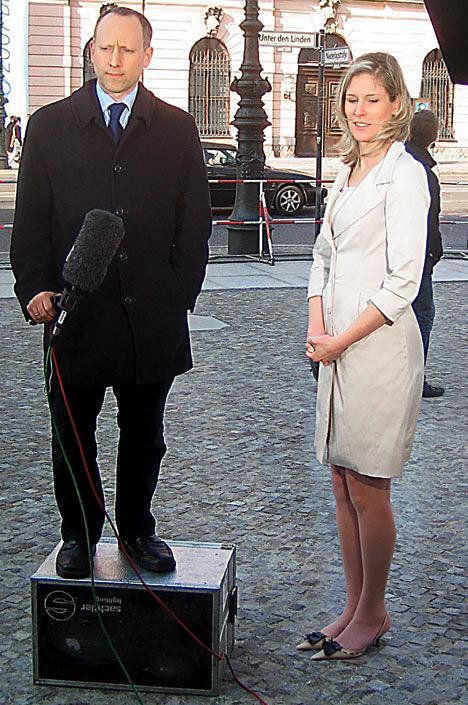 Germany’s Silvana Koch-Mehrin has resigned as a vice-president of the European Parliament, after claims that she plagiarised her university thesis.

Ms Koch-Mehrin, aged 40, also stepped down from the board of the liberal Free Democratic Party (FDP).

The University of Heidelberg is re-examining Ms Koch-Mehrin’s academic work on currency unions.

Mr Guttenberg, a member of the Christian Social Union (CSU), the Bavarian sister party of Chancellor Angela Merkel’s conservative Christian Democrats (CDU), was also stripped of his PhD by the University of Bayreuth.

On Wednesday, Ms Koch-Mehrin said in a statement that she also resigned as chairwoman of the FDP in the European parliament.

“I hope to make it easier for my party to make a fresh start with a new leadership team,” she said.

The move comes after an investigative website – VroniPlag Wiki – raised doubts about the liberal politician’s 2001 thesis, called Historical Currency Unions between the Economy and Politics.

She has not publicly commented on the allegations.

The resignation is seen by some German analysts as a fresh blow to the FDP – the junior party in Mrs Merkel’s coalition – which is trying to recover from plunging popularity ratings.

Last month, party leader Guido Westerwelle was forced to step aside. A new head is expected to be chosen later this week.

For the second time this year, a German university has withdrawn a Ph.D awarded to a politician. The University of Heidelberg said it had no choice but to withdraw the title from Silvana Koch-Mehrin due to plagiarism: here.

Regional CDU Official Speaks Out: Merkel Under Fire Within Her Own Party: here.