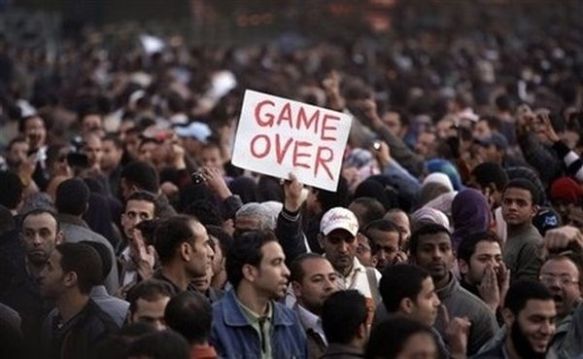 This video series is about the pro-democracy movement in Egypt.

Egyptians turn out for ‘final push’: Hundreds of thousands flood Tahrir Square for ‘Day of Departure’ against the dictatorship: here.

US ‘Orderly Transition’ in Egypt Really ‘Business as Usual’ in Disguise: here.