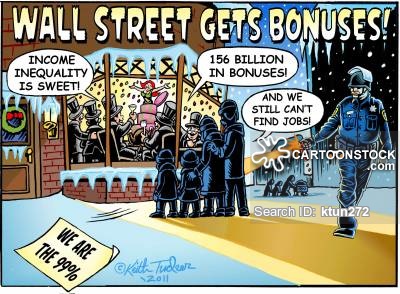 American Insurance Group, which has received nearly $200 billion in bailout funds from the federal government, is slated to pay out $198 million in bonuses: here.

A German banker who bears much of the responsibility for the record losses made by the Dresdner Bank in 2008 has won his case for a €1.5 million redundancy payment: here.

Puerto Rico: Hundreds of thousands of workers joined a day-long general strike Thursday in opposition to the layoffs of tens of thousands of public employees ordered by the island territory’s Governor Luis Fortuño: here.

Banking giant RBS has set aside billions of pounds in bonuses for its investment arm, it has been claimed: here.

3 thoughts on “Economic crisis, not for the rich, workers resisting”