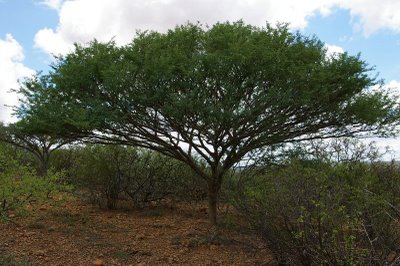 OSLO – A tree that covers a large area of eastern Ethiopia but has only recently been categorized by botanists raises hope for finding new species elsewhere, experts said.

The Acacia fumosa tree, which grows in an area the size of the island of Crete, was not “found” for scientific purposes until 2006-7, mostly likely because its main habitat is a war zone.

“I have spent a lifetime looking at plants and describing species — it knocked me sideways when I heard about this tree,” David Mabberley of the Royal Botanic Gardens in Kew, England, told Reuters.

“The total numbers must be in the millions,” he said of the pink-flowered, 6-m (20-ft) tall tree that covers hillsides in an inaccessible area of 8,000 sq kms (3,100 sq miles) near the border with Somalia.

In an article in Friday’s edition of the journal Science, he wrote that the tree had been overlooked by generations of botanists, apparently because of few visits to the area where the Ogaden National Liberation Front is fighting for autonomy.

It might have been it’s extremely large size, or maybe confusion with a similar species, that has previously discouraged botanists from collecting and describing a fairly common palm, now named Raphia zamiana. Locally known and widely used in Cameroon and Gabon, the ”Zam” has now been officially described, alongside a less common Gabonese endemic species from the same genus and already possibly endangered: here.