Journalists of British daily The Guardian have made a list of protest songs. All of them in the English language.

I ‘ll reproduce some of that list on this blog. Not exactly in the same way as they did. Eg, they have options to listen to songs on Spotify, which is not available in all countries.

And I have added links. And grouped the songs according to themes. The theme of this entry is protest songs against George W. Bush and the Iraq war.

When the President Talks to God Bright Eyes 2005.

Conor Oberst, aka Bright Eyes, campaigned for John Kerry on 2004’s Vote for Change tour, although his records made sure his political persuasions were never in doubt. This B-side, which he chose to play on The Tonight Show with Jay Leno rather than promote an album, was as furious an attack on George Bush as any. Riffing on Dubya’s imagined relationship with God, Oberst lists (and it’s a long list) all the president’s failings with a brooding intensity and anger. WD

Critics might scoff that Chao is little more than the patron saint of scruffy Eurorailers. But there’s little denying the strident urgency of this lead track from his most recent album, with its shrill guitars and provocative statements such as: “In Baghdad, it’s no democracy/ That’s just because… it’s a US country!” … CLS

Colin Meloy and his gang of hardy Oregonians had spent their first two albums singing songs about rueful actors and Keith Waterhouse plays; but their breakout 2005 record, Picaresque, and this, its breakout hit, lifted them into a firmament of young American musicians sick of war and lies. The story of a feckless media and the men being sent to fight dumb wars is encapsulated in Meloy’s spruce denigration of facile 21st-century American culture. WD 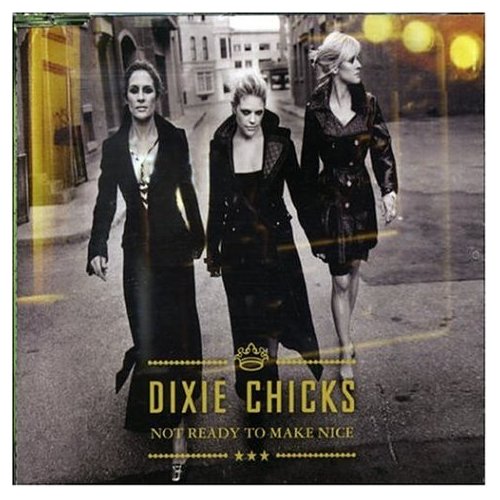 Now George Bush is widely considered the worst US president in history, it’s easy to forget that when Dixie Chicks criticised the impending invasion of Iraq in 2003, he was an American hero. It provoked a vicious backlash, resulting in the de facto blacklisting of the band. This was their response. The music is standard mid-pace pop-country, but the lyrics crackle with anger. A genuinely moving song by three women brave enough to say what they thought when few others would. CC

More popular in the UK than the US, this lead single from the album of the same name was an open and uncomplicated assault on the policies of the Bush administration and the attitudes that sustained them. “Well maybe I’m the faggot America,” sang Billie Joe Armstrong, “I’m not a part of a redneck agenda.” Despite obvious pop overtones, this track, in its simplicity and ferocity, can lay legitimate claim to being punk music in the original sense. PMac

Not since Public Enemy were at their peak has a rapper packed his rhymes with such political force, even if The Proud’s musical tone is markedly more mellow than anything the Bomb Squad cooked up. “The president is Bush, the vice-president’s a Dick/ So a whole lot of fuckin’ is what we gon’ get,” was the lightest moment on a song that raged against black poverty, post-9/11 patriotism, media manipulation and police racism. SY

The most committed agitprop band ever signed to a corporate label, these Armenian-Californian metalheads hit satirical paydirt with this protest single against the Iraq war. The dark comedy comes from the boy-band pop chorus and its invitation to a desert party where, as the title implies, American soldiers bring their own bomb. But the point is the song’s rabid positing of the age-old question: “Why don’t presidents fight the war? Why do they always send the poor?” GM

In his long and illustrious career, Thompson has seldom written anything that could be construed as a protest song before this searing indictment of the Iraq war. The “Dad” in the title is Baghdad and, over searing guitar, Thompson’s novel ploy is to use the actual language of serving soldiers to paint a gory picture of their misery, fear and bewilderment. Its raw power has earned equal measures of hatred and gratitude from the families of those he’s singing about. CI

1 thought on “Protest songs against Bush and Iraq war”