This is the trailer of the film Cleopatra, with the last pharaoh played by (white) Elizabeth Taylor.

According to new research, she may have looked more like Halle Berry. 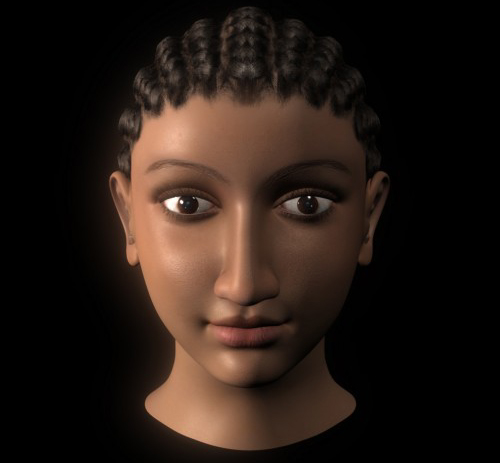 ARCHEOLOGISTS and forensic experts believe they have identified the skeleton of Cleopatra’s younger sister, murdered more than 2,000 years ago on the orders of the Egyptian queen.

The remains of Princess Arsinöe, put to death in 41BC on the orders of Cleopatra and her Roman lover Mark Antony to eliminate her as a rival, are the first relics of the Ptolemaic dynasty to be identified.

The breakthrough, by an Austrian team, has provided pointers to Cleopatra’s true ethnicity. Scholars have long debated whether she was Greek or Macedonian like her ancestor the original Ptolemy, a Macedonian general who was made ruler of Egypt by Alexander the Great, or whether she was north African.

Evidence obtained by studying the dimensions of Arsinöe’s skull shows she had some of the characteristics of white Europeans, ancient Egyptians and black Africans, indicating that Cleopatra was probably of mixed race, too. They were daughters of Ptolemy XII by different wives.

A thesis from the University of Gothenburg (Sweden) argues that Queen Arsinoë II ruled ancient Egypt as a female pharaoh, predating Cleopatra by 200 years: here.