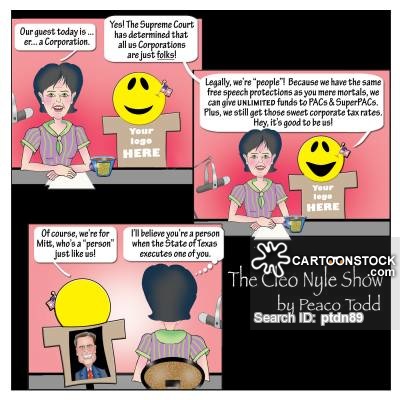 By Barry Healey in Australia:

The missionaries pushing the religion from hell!

With nine books to her credit since 1989, her work has become a standard of excellence for those probing into how authority is wielded by the great and powerful.

Her latest is an in-depth history of how corporations have orchestrated a multi-billion dollar propaganda assault to convince us that their interests, those of the big end of town, are everybody’s interests.

Beder describes this as the conscious manipulation of community values to suit private profit and she traces the origins of this PR juggernaut back to the 1920s.

“The conscious and intelligent manipulation of the organised habits and opinions of the masses is an important element in democratic society”, said Edward Bernays, the so-called father of modern public relations in 1928.

“Those who manipulate this unseen mechanism of society constitute an invisible government which is the true ruling power of our country.”

The first organisation assembled by capitalists for this purpose was the US National Association of Manufacturers, which campaigned against Franklin D. Roosevelt’s New Deal in the 1930s.

In 1939 a US senate investigation slammed NAM in a report entitled “Violations of Free Speech and Rights of Labor” — but that didn’t stop the free market crusaders.

By the 1940s, other organisations, cashed up by big business, set out to “educate” the US people about capitalism, or, as they politely renamed it, “free enterprise”.

In his book Propaganda, published in 1928, Bernays wrote that the “intelligent manipulation of the organised habits and opinions of the masses is an important element in democratic society,” and that the manipulators “constitute an invisible government which is the true ruling power in our country.” Instead of propaganda, he coined the euphemism “public relations”: here.

5 thoughts on “Big business and public relations, then and now”