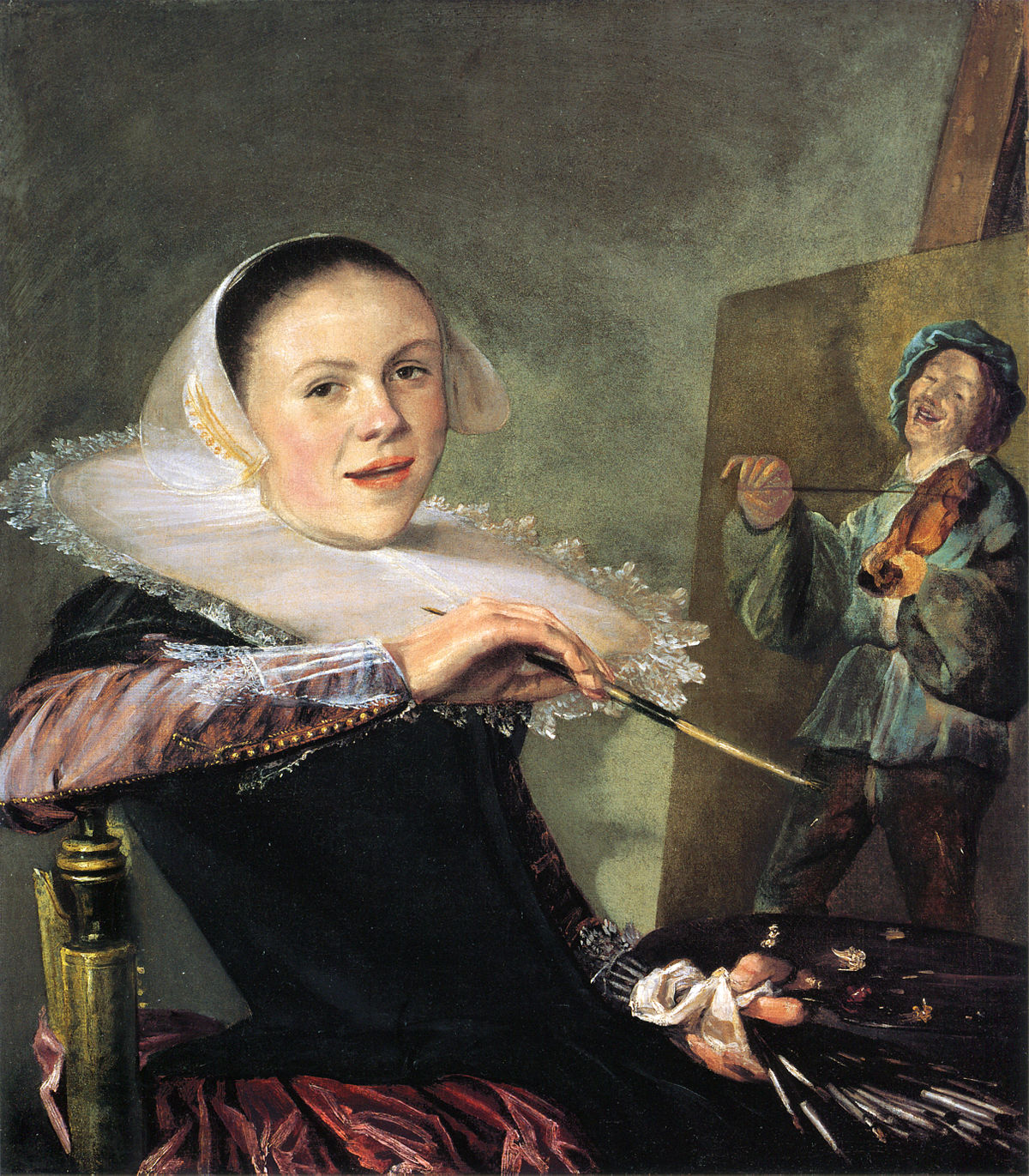 How daring to let the arm rest on a chair, so contrary to the rules of respectable portrait painting.

Judith painted this work as her ‘masterpiece’, the painting which every painter had to make in order to be admitted to a guild.

It is not surprising that this painting was considered impertinent and erotical: she laughs without inhibitions, and points her brush towards the crotch of the man on the easel before her.

However, the Lucas guild in Haarlem did admit her, allowing to establish herself there as a master painter.

In 1635, she complains to the dean of the guild that a painting apprentice ran away to unconventional colleague Frans Hals.

That was Jan Miense Molenaar, later a famous painter.

One year after this incident, she marries him.

After her marriage, she hardly painted anymore.

Her signature included a star (‘ster’ in Dutch), after the second syllable of her name.